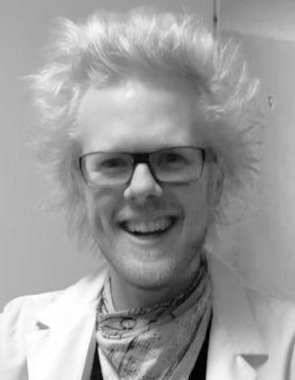 Ph.D. student based at CERN, Geneva, working with Machine Learning developments for particle physics. Main research interest is automation of tasks, to spur freedom and creativity.


The ATLAS experiment is one of two large multipurpose experiments at CERN’s Large Hadron Collider (LHC). Its purpose is to study particles produced in the collision of high-energy proton or heavy-ion beams. This study requires to reconstruct the collision debris as precisely as possible via the interaction of particles with active material in a particle detector such as ATLAS.

Analysis of data produced at detectors such as ATLAS is done at three different levels. During active data-taking collisions occur at a rate of 40 MHz, putting stringent processing requirements on the on the first level of analysis; Each event must be accepted or rejected within a fraction of a second.

In a second step of analysis, the constituent particles of the event is reconstructed. Due to the large number of possible patterns, the algorithm starts with a seed from a few near-by hits that constrains the possible trajectory of a particle thus reducing the combinatorics. Ambiguities in reconstructed track patterns need to be solved by applying a ranking algorithm. The track reconstruction takes into account the interaction of the charged particles with the active and inactive detector material that modifies the track’s trajectory. Reconstructed tracks are fit to a common origin (vertex).

In high-level analysis, physicists typically use reconstructed particles tracks and their properties to identify new physics through the discovery of predicted particles, and refined measurements of known properties.

Machine learning algorithms have the potential to significantly improve the efficiency, purity and speed of all three levels of analysis. Of particular interest is the hierarchical representation of deep learning that promises to allow capturing complex correlations succinctly.

The project tasks includes:
- Development of machine learning tools for use in High-Energy Physics through the Toolkit for MultiVariate Analysis (TMVA), a part of the ROOT suite for data analysis.
- Application in track reconstruction for displaced vertex finding.