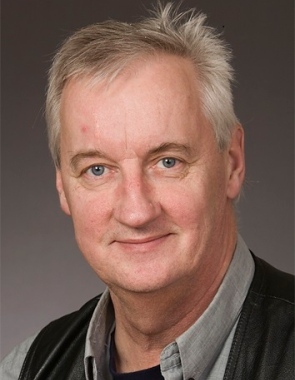 Prof. Em. Bo Nordell worked from 1979 -2017 in the fields of renewable energy, thermal energy storage and snow/ice related problems. His background in water resources engineering also reflects his research. He is the author of ~50 scientific articles in international journals and ~100 papers at international conferences. He supervised and examined 12 PhD, 9 Lic. and 50 MSc. Nordell was awarded (Swedish) “Environmentalist of the Year” in 2004.
Thermal Energy Storage: Nordell has since 1979 been working on renewable energy and in particular on (seasonal) storage of thermal energy. His thesis "Borehole Heat Store Design Optimization, 1994" summarizes experience of the world´s first large-scale borehole heat store, constructed in 1982. This research started with the long-term aim to store solar heat of the summer for space heating during the winter. In more recent years seasonal storage of cold for space cooling during the summer was also included. He made an important contribution by developing Thermal Response Rest (TRT) in 1996, for in-situ determination of thermal ground properties. This method is now used in more about 50 countries.
Snow and Ice Related Research: The interest for different aspects of snow and ice started in 1985 by the construction of Icy-Rider, a go-cart looking vehicle, which driving force is extracted from freezing water. Youtube the CLIP if ICY-RIDER. The same principle of extracting pressure volume work of freezing water was used in his device for determining frost depth in the ground and measurement of the ice cover thickness on lakes and rivers. Nordell explained the origin of a rare natural phenomenon - Large rotating ice discs on rivers. He also showed that condensation of humid air could explain sudden collapse of snow covered buildings in warm clear weather. A more recent field of work is the development of the historically old technique of storing snow/ice for large-scale cold storage. Two such large plants are in operation for cooling of the Sundsvall Regional Hospital, Sweden, and Sapporo Airport in Japan.
Global warming: Nordell published a controversial explanation to global warming in 2003. He later determined the magnitude of global warming in terms of heat accumulation in air, ground and water. He has published several articles in which global warming is explained as a result of heat emissions from fossil fuel consumption and other net heat sources.

The use of aquifers as thermal energy storage systems (2021)

Nordell. B
Ingår i: Advances in Thermal Energy Storage Systems
Artikel i tidskrift