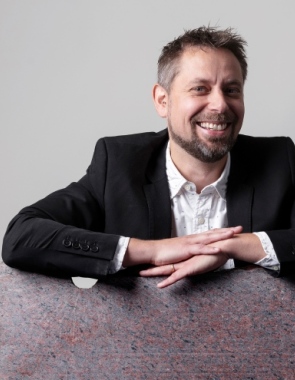 Development of a methodology to measure the curvature of the detonation front in civil explosives in field.

Improved understanding of the detonation properties of non-ideal explosive is needed. Today, it is possible to measure with high speed cameras the curvature of a detonation front in lab-scale. Though, to improve the understanding and link the detonation properties to the actual rock a new measurement technique has to be developed. During spring 2016, I will with my colleagues design and evaluate new methods regarding this matter. Trials are planned to be tested in lab-scale, where confined charges (mortar cylinders) with varying diameters and emulsion explosives.

Investigate the work capacity of a civil explosive, especially when explosive is interacted with rock i.e. coupled charges.

There is a scientific need to understand and measure the actual energy partitioning of from the chemically stored energy in explosives to detonation and how the energy is transmitted to the surrounding rock. Understanding this, could potentially improve the breakage of the rock and future criteria of explosives.

The initial plan is to work with numerical modeling during 2016 and during 2017, field tests will be carried out and the design will be based upon the numerical results.

The use of shock wave interactions in rock blasting

This is a part of the energy partitioning, where more efforts could be made to distinguish and understand the effects of shock waves in rock fragmentation. Fundamental research on dynamic fracture mechanics have been applied earlier, but still I do see gaps of understanding in complex/3D- volumes and the influence of shock waves on the fragmentation.

Complex designs as for sub-level caving involves multiple technical and scientific challenges. It involves confined blasting, gravity flow and varying explosives charge distributions. During 2016-2017 it is planned to carry out both half-scale and full-scale experiments to improve the understanding of the dynamics of confined blasting, gravity flow and the breakage characteristics of the blast. In combination of this, detailed numerical modeling of both SLC-blasts and gravity flow is planned to be carried out.

To improve the knowledge of production of toxic fumes from detonation of commercial explosives in rock blasting both for surface mining and underground mining. It is currently carried out and planned for further research during 2016. It will in detail quantify the toxic fumes from common types of emulsion explosive and will be carried out both in controlled conditions as in Swebrec-LTU’s blasting chamber and in field (under production conditions)

Focus to link characterization tools and process control techniques to all points along the mining process to allow them to respond and control changes in the in-situ rock mass characteristics. The approach is to understand the blasting operation, to later optimise it against the demands in to following processes as for example loading/mucking, gravity flow and energy consumption.

Current blast damage tables do not take in consideration the geology as for example rock type and the presence of natural cracks. There is a need to further analyze this and improve the definition and effects of blast damage. The planned research is to analyse the effects of the geological properties on the blasting damage by using Measured While Drilling data gathered during conventional tunnel drilling as an descriptor of the rock mass. From there, the hypothesis is that we can with field evaluations/measurements describe the damage level with logger data and core drilling analysis.

The focus areas since doctorate have mainly been Full-scale blasting, Experimental design and Numerical modelling.

Predicting rock fragmentation based on drill monitoring: A case study from Malmberget mine, Sweden (2022)

The environmental performance of mining operations (2021)