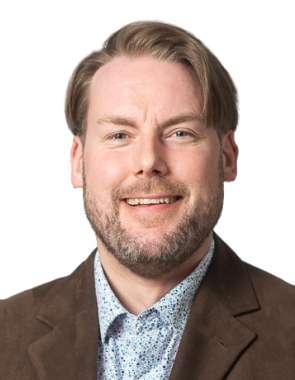 We work in both application-driven research projects where machine learning, artificial intelligence and computational physics are used to solve challenging problems, as well as in related fundamental research projects.

I'm interested in brain-inspired computing principles and neuromorphic technologies that offer fundamentally new ways to process information and implement learning for artificial intelligence (AI) purposes, for example in application domains requiring high energy efficiency such as the Internet of Things (IoT). The present computing systems and deep learning approaches are resource intensive and do not offer a sustainable path for large-scale AI in the digitization of society.

Since 2014, I am program director of the "Teknisk fysik och elektroteknik" program at LTU (Civilingenjör, 300Hp), co-directed with Andreas Almqvist.

MSc diploma work in ATLAS at CERN (2001). PhD in Physics (2007, LTU, Swedish Graduate School of Space Technology). I received the 2004 “New-Talents” award for original work in theoretical physics at the International School of Subnuclear Physics in Erice. First postdoc at IFPA in Belgium (2008-2009), focusing on computational physics. A growing interest for the physics of brains and neuromorphic technologies made me shift research focus. I did a second postdoc in brain-like machine learning (2010-2011) at EISLAB, where I became assistant professor (until April 2016), associate professor (until March 2021) and presently work as professor in Machine Learning. I was awarded the Gunnar Öquist Fellowship from the Kempe Foundations in 2014 which included 3 MSEK for research. I served as a technical committee member of the SKF–LTU University Technology Center, as a research theme leader of the Intelligent Industrial Processes area of excellence, and as a member of the Applied AI Innovation Hub. I served in several faculty workgroups focusing on improving education processes. I am a member of ELLIS since June 2022.

Some code and tools. Contact me if you are interested in code used in research articles that are not listed below.