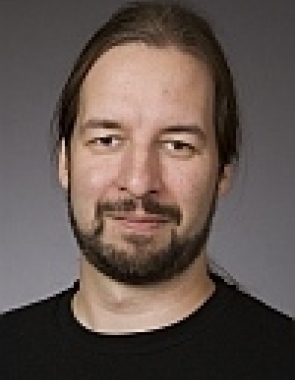 My early research was focused on how metadata can be used to describe the appearance of preserved digital materials. This mainly originated from the increasing amount of e-services in the government sector, which lead to more and more documents created via a web interface. My focus was therefore on how metadata can be used to recreate the appearance of documents of which many have the same shape but different content. I looked closer at the preservation of physical structure, which means, for example color, layout, fonts, bold, and more. This physical structure can be described using metadata, and this was what my licentiate and doctoral thesis was about - how to describe the physical structure using metadata so that information is retained? This should also be done in a reasonably manageable way so that those involved in the preservation of objects are not overwhelmed with yet more metadata management. My starting point was at the last bit of preservation, namely the use of the preserved material. However, it is not possible to present something that is never kept in the first hand, so it extends over the entire preservation system, since what should be presented put demands on what should be preserved.

The past few years I have been involved in a number of different research projects, including a project on the preservation of the Web, known as CAST, and two projects under the EU's Seventh Framework Programme. The first of these two is ENSURE where we at LTU primarily considered information quality and system quality for preservation, is now approaching its end (end January 2014). The second project, which started in February 2013, is called ForgetIT where we at the university focus on two-way transfer between information producing systems and presservation system, with aspects such as packaging, event mediation, and reintegration of preserved information to "active" system.

Administration of Digital Preservation Services in the Cloud Over Time (2014)