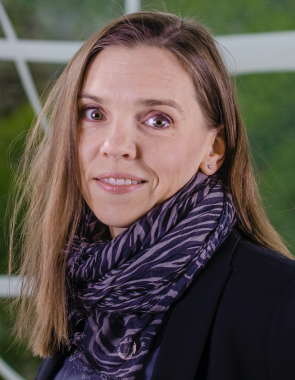 Questions about organization of work, and competence supply are other areas of interest.

I took my undergraduate degree in sociology at Luleå University of Technology (2002), including a semester as an exchange student at the University of New South Wales. I then continued with a master's degree in Social and Political Sciences at Cambridge University, Newnham College (2003). I got my PhD in human work sciences at Luleå University of Technology (2007) with a thesis focusing on the tension between profession and organization, focusing on the introduction of a new organization of work in a school organization; and how this new organization was experienced by the teachers. As a doctoral student I spent a few months as a guest at the University of Sydney; Work and organizational studies. Based on the networks that I have built in Australia since 1999, I have since 2005 had the privilege of being a guest researcher there between a few weeks and a few months each year.

After finishing my PhD, I also spent a couple of months at Monash University, which was funded by STINT and also a scholarship for newly graduated female researchers. My research now was directed towards conditions for learning in welfare professional work, both teachers in Sweden and in Australia. Furthermore, through my stays in Australia, I became interested in the working conditions of welfare professionals in governance reforms such as decentralization, privatization and marketisation. More specifically, I began to work on issues relating to the teachers' working conditions in the context of the school choice reform and the municipalization.

I am also interested in issues that deal with work and organization of work and supply of skills more generally.

Examples of ongoing and completed projects:
The project Organization of work and its implications for health and wellbeing consists of a systematic literature review, focusing on compiling existing research on factors of relevance to organization of work, as they in turn relate to employee health and wellbeing, as well as productivity and efficiency. The result has been published via a Swedish report, an English report, a podcast, and also a webinar. The literature review was carried out on behalf of The Swedish Agency for Work Environment Expertise (2019-2020), who in turn had been given a government mission.

The project Towards an A team and B team? Teachers' working conditions at a time of market orientation and privatization are about the professional category of upper secondary teachers and their working conditions, in the light of competition, choice, privatization and marketisation. Within the project, a national representative survey was conducted, with almost 2,500 respondents participating. In addition, interviews have been made with teachers and principals at eight different schools. Results from this project keep coming. See, for example: Parding et al., (2018); Bejerot et al., (2018); Parding & Berg-Jansson, (2018); Parding et al., (2017); Parding & Berg-Jansson, (2017). You will find the publications further down the page. The project was funded by FORTE (2014-2017).

In a sister project, Teachers 'working conditions in times of competition, choice and privatization, we compare Swedish teachers' working conditions with the working conditions of Australian teachers, in the governance context of competition, choice, privatization and marketization, we compare Sweden and Australia. The research group consists of a total of nine researchers in Sweden and Australia, from doctoral students to senior professor. As the project is on-going, results keep coming. See, for example: Parding et al., (2020); Fitzgerald et al., (2018); McGrath-Champ et al., (2017); Parding et al., (2017). The project is funded by STINT (2014-2020).

In the project A&O - workplace learning and transition in working life, prominent researchers in the field of workplace learning from Linköping University, Gothenburg University, APeL and Luleå University of Technology gathered together. With a focus on workplace learning, that is, learning, both formal and informal, integrated in daily operations and as a part of a continuous business development, the project was about raising the issue of how to best organize and structure for workplace learning, both at national, regional and local level. We compiled and analyzed ongoing European Social Fund-funded projects with competence development as the focus. The project was conducted in close co-operation with the social partners, among other things through a reference group consisting of representatives of LO, TCO, Unionen, Kommunal, SKL, Industriarbetsgivarna, and the Entrepreneurs. See the project's website: www.arbetsplatslarande.se . The project was funded by the European Social Fund (2009-2013).

I teach at the Bachelor Program in Sociology at Luleå University of Technology, from year one to year three, and then onwards to master (year four). I mainly teach courses in sociological essay writing and sociological method; qualitative methods. I lecture and supervise both on the research process, the writing process and the application of sociological theory.

I am also responsible for teaching at post graduate level. This mainly takes the form of supervision of doctoral students, and leading doctoral courses.

What about learning? A study of temporary agency staffing and learning conditions in Swedish health care (2020)