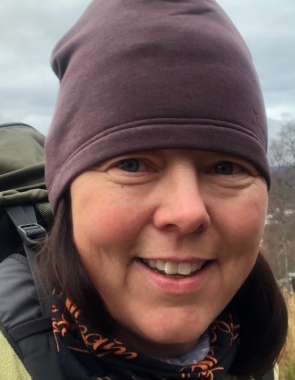 My research is focusing on sediment and rock deformation, and in-situ stress and its measurements. Major ongoing research interests regards in situ stress measurements with the Stress trailer - the wire-line activated system for comprehensive downhole stress field assessment in slim-boreholes to 3 km depth [1]; (2) Improving the knowledge of postglacial faults in Northern Europe within the DAFNE project [2], These research interests are also highly relevant for developing geothermal energy, heat and storage in Sweden.

The DAFNE project is a plan to drill the active postglacial Pärvie fault system in northern Fennoscandia – a representative structure for more than a dozen large postglacial faults that have hosted large magnitude earthquakes in Sweden, Finland, and Norway, near the end or just after the last glaciation.

Very little is known about postglacial faults from direct measurements. The Pärvie fault is identified as the best target to collect data on the structure, strength, stress and hydrothermal regime of these faults. The Pärvie fault is the longest known postglacial fault in the world, has been proposed to have hosted an end- to postglacial magnitude 8 earthquake, and is still microseismically active in the current stress regime, without the ice load. It is unknown what this ongoing activity may mean for seismic hazard in glaciated and postglacial regions.

There are four scientific objectives that require drilling:

(1)   Make fundamental in situ observations, including of the lithological and hydrogeological structure of the fault system, measurements of the pressure, temperature, and stress conditions, and characterization of fault strength parameters;

(2)   Measure the accumulation and release of strain along a postglacial intraplate fault zone, including how large intraplate earthquakes are triggered and why seismicity persists for very long time periods in areas of previous large ruptures;

(3)   Document and understand the thermal and hydrogeological regimes and the deep biosphere within a PGF and in the surrounding bedrock, as well as revealing thermal and hydrological consequences of seismic slip and associated stress change; and

(4)   Use the local data to calibrate and test regional models of glacial isostatic adjustment.

There are three objectives of societal relevance that also require drilling:

(2)   Predict the future behaviour of bedrock, including exposure of more PGFs, during forthcoming glaciations/deglaciations at high latitudes worldwide, in particular for safe disposal of toxic waste in bedrock (e.g. spent nuclear fuel); and

Drilling is the only way to obtain the direct observations required to answer these open geological, geophysical and deep biosphere questions surrounding PGFs.

Geometric Analysis of the Minor Structures in Iraqi Part of the Zagros Belt, NE Iraq (2018)