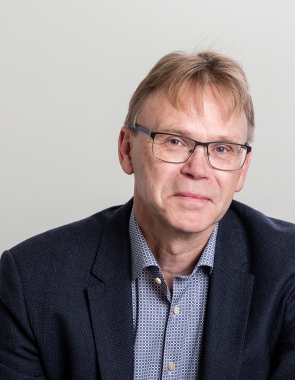 I am a teacher and scientist in physics. I have an MSc in Engineering Physics from KTH, Stockholm, in 1988, but also undergraduate studies from LTU (Civil Engineering studies in Environmental Planning and Design and parts from Civil engineering). For short periods, I worked as an engineer in these areas including within municipal engineering and two years as a reactor physicist/trainee. I was awarded PhD degree at LTU in 1996 and became lecturer in physics the same year. The thesis was on using scanning probe microscopy (SPM) to study so-called plasma surface interactions and for imaging of biological macromolecules. Postdoctoral research was carried out during two years at University of California Santa Barbara, USA. I became Associate professor (‘docent’) in 2002 and Professor in Experimental Physics 2018.

The common theme in my research is mainly applications and modifications/developments of scanning probe microscopy, such as the atomic force microscope (AFM), for multi-disciplinary research mainly on advanced nanomaterials and biomolecules with combinations thereof. The current research is on: i) Novel SPM characterization of nanomaterials such as all-oxide coaxial nanowires towards the development of stable, high-efficiency and large-area scalable solar cells; ii) Nano-biophysics, biomimetics and methods for nanolithography using proteins; iii) Studies of force interactions and surface mechanical properties on micro- and nanoscale.

In my spare time I like to build on our holiday home, kayaking or spending time in the Luleå archipelago.