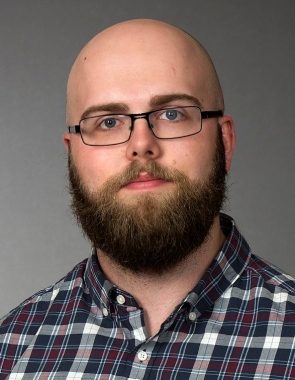 Per Gunnvard is a Civil Engineer with an MSc in Soil and Rock Mechanics from Luleå University of Technology in Luleå, Sweden. He is now a PhD student at the Division of Mining and Geotechnical Engineering at Luleå University of Technology. His research includes physical, numerical and analytical modelling based on physical data from field measurements, with a focus on piled embankments, timber piles and geogrids.

The doctoral study has been financed by the Swedish Transport Administration via the Swedish joint-research group Branschsamverkan i grunden (BIG) within the framework of the projects below. The Swedish Transport Administration introduced in TK Geo 13 a recommendation for light bank piling with wooden piles of untreated timber (also called Norrlandspålning) as an alternative to the typical bank piling. Wooden piling is not only more environmentally friendly than concrete and steel piling, but also usually cheaper and thus a more sustainable solution. However, the dimensioning requirements still involve relatively large resource consumption, hence the question of an optimization of the method was raised.

Research project 2: A2020-17 The Use of Geosynthetic Reinforcement in Light Embankment Piling

Development of a test setup for piled embankment modelling (2022)