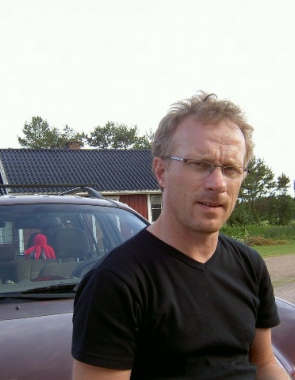 Since 1989 I have been involved in research dealing with the question of adolescence and adulthood. Among others, the question of pathways into an adult life has been analysed from different perspectives. I am trained as a researcher at the university of Umeå where I defended my Doctoral thesis in 1996. During 2003 I was appointed as Associate professor in Sociology at Luleå university of Technology. At present I am involved in two larger educational/school-projects. The first project is associated to the EQUAL agenda financed and initiated by the Social fund of the European Union, the second project revolves around secondary vocational schools who to serves as models for other secondary schools in Sweden.

My research deals mainly with the issue of how young persons gradually become adult members of society. The research is concentrated on the "school to work" transition and how this transition is affected by various social, economical and cultural conditions. I have also been involved in comparative research projects especially concerned with young people in the Barents area, and also some years ago, involved in a project dealing with young peoples internet based interaction around the Baltic Sea.

Quite a lot of my time is devoted to examine other researchers and PhD candidates work. I am member of the Ethical Board at the University of Umeå, engaged as opponent and member of various examination boards for PhD candidates. I am also referee for ACTA Sociologica and YOUNG, Nordic Journal of Youth Research. I am also member of various scientific committees within the field of youth research. Among my previous research project the following can be mentioned as examples of my research.

Ever since 1989 I have been teaching at universities in Sweden and also in the UK. I have been engaged in teaching at all levels on both graduate and undergraduate study programmes and my teaching experience exceeds something like ten years of full time teaching. My teaching areas are mainly sociological theory, sociology of culture and methodology. Alongside teaching I have also been extensively engaged in supervising undergraduate as well as graduate students (approximately BA and MA 100 thesis throughout almost 20 years). At present I am engaged as lecturer and examinator in:

During 2005/06 I was nominated by the Student organisation at  Luleå University of Technology as candidate for the Best Teacher award.

I have my PhD exam in Sociology from the university of Umeå (1996). My doctoral thesis dealt with adolescents and their views concerning the future. At present I am the tutor/supervisor for the following PhD candidates:

Among my previous PhD canditates Simon Lindgren and Annika Westberg obtained their examns in 2002 and 2005.

Demography and social conditions in Pajala and Kolari (2008)

Diffusion of innovations in an educational setting (2007)