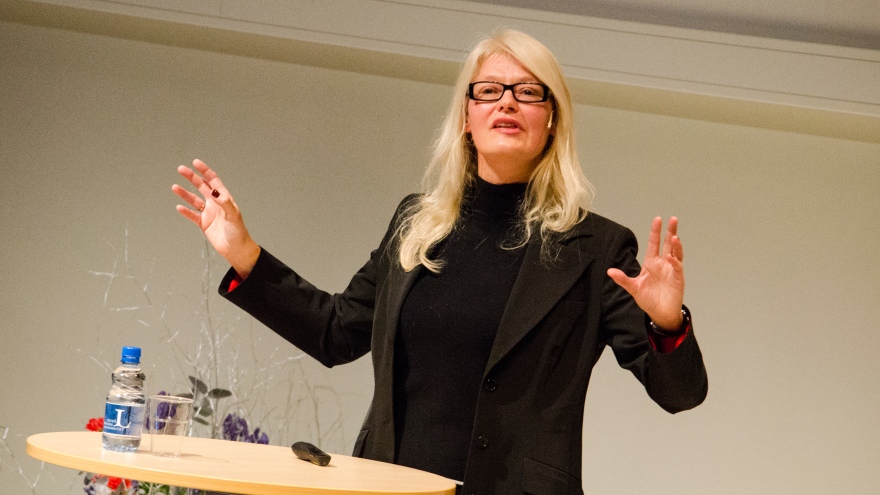 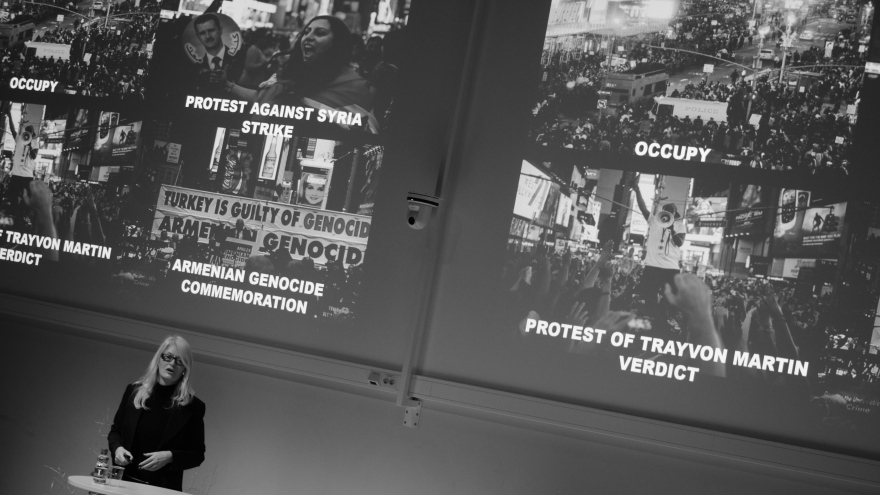 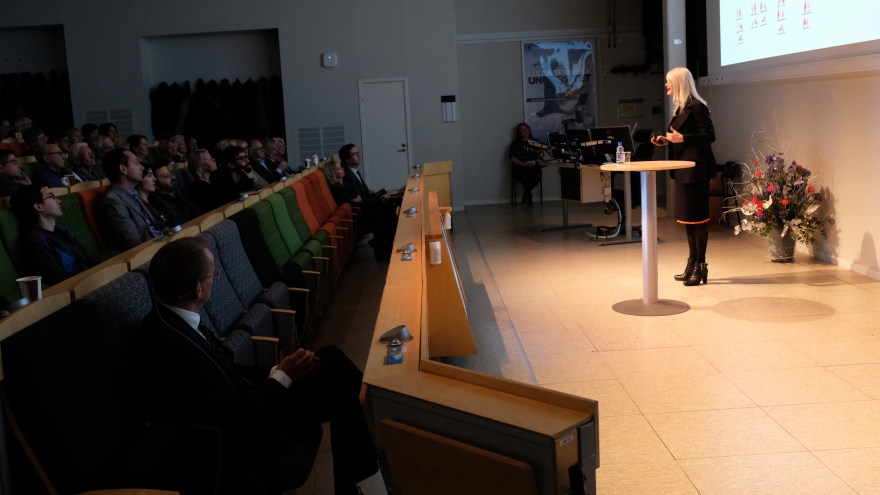 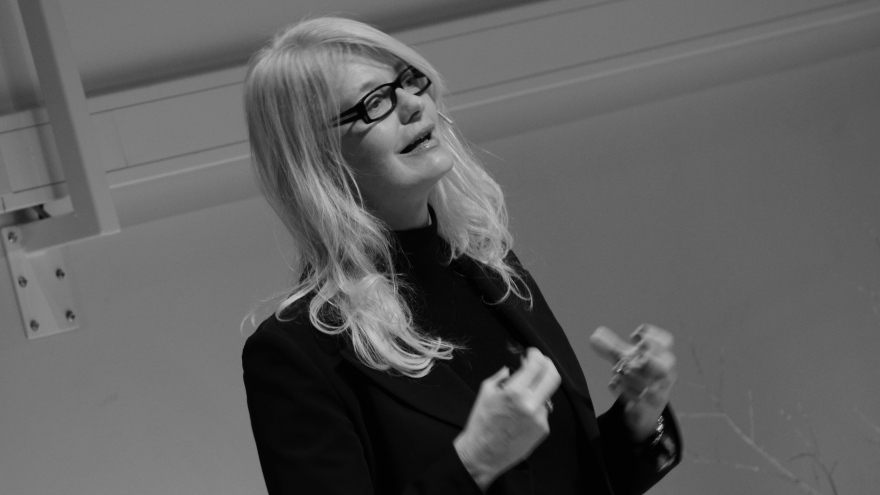 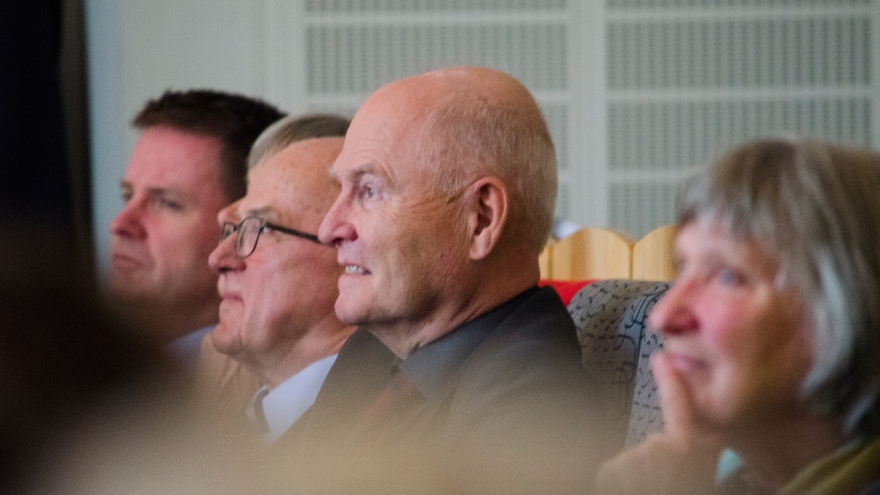 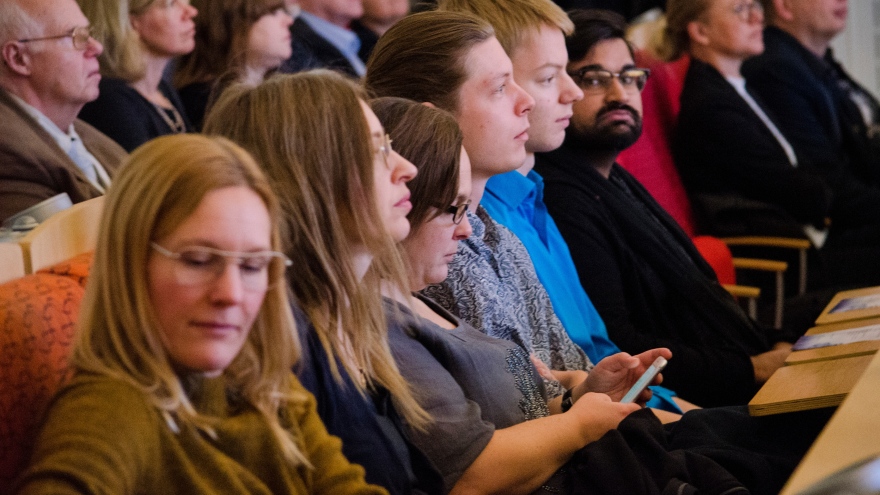 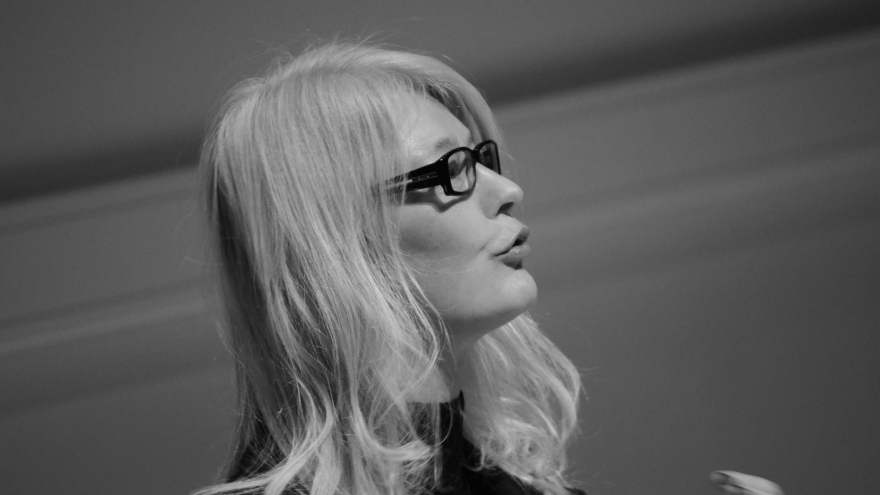 Jenny B Osuldsen at the architectural and design company Snøhetta works as a design architect with a particular feel for the site's identity, qualities and climate conditions as a starting point for building architecture.

Her lecture as a new honorary doctor was a journey through six of Snøhettas spectacular projects with great challenges and creative solutions.

"When the Opera House in Oslo was to be built, many Norwegians thought it was a bad idea to spend so much money on culture that they were not really interested in. We then created a place that everyone could use and enjoy, we created an Opera House that you can walk on," said Jenny B. Osuldsen.

The six projects that were described in this highly appreciated lecture were the Petter Dass Museum in Norway, A Culture Center in Dharan, Saudi Arabia, Times Square in New York, The Landscape Architecture at the MAX IV Laboratory in Lund, Room 7 at the Tree Hotel in Harads and finally the Opera House in Oslo.

"Our work with Times Square has actually made many of those living in New York to return and visit the site again. Previously, it was almost only tourists there," says Jenny B. Osuldsen.

The work in Snøhetta is described as a group work where titles and backgrounds play less role than what a person actually can deliver. Often, external partners, such as artists, are included in the initial work of new projects to create new dynamics in the group and provide an extra layer of creativity.

"As an architect, you have to have fun and enjoy your work," Jenny B. Osuldsen concluded her lecture.