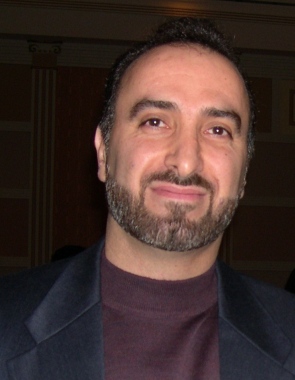 Reza Emami is a Professor and Chair of Onboard Space Systems. He has been the Director of the Aerspace Mechatronics Group and Coordinator of the Aerospace and Design Laboratories at the University of Toronto Institute for Aerospace Studies (UTIAS) since 2001. He obtained his Ph.D. in Robotics and Mechatronics from the Department of Mechanical and Industrial Engineering, University of Toronto, in 1997. He is a licensed Professional Engineer, and worked in the industry as a Project Manager before joining the University. His research focuses on concurrent engineering of multidisciplinary systems, such as spacecraft and robotic manipulators and rovers. Some of the current research topics in his group include: concurrent base-arm control of free-flying space manipulators, social learning in heterogeneous rover/satellite teams, satellite formation flying, asteroid redirection for resource exploitation, and legged locomotion for exploratory rovers. Reza Emami is the Associate Editor of the International Journal of Advanced Robotic Systems. He has been recognized by MathWorks as a "Featured Professor" in 2013 and 2003, and was in the list of University of Toronto's "Miracle Workers" in 2000.