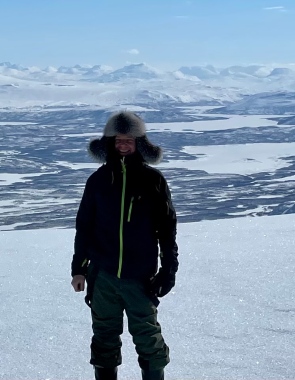 Since 2016, Samo Grasic worked at Dálvvadis economical association where he designed and developed a Nomatrack LoRa-DTN (Delay Tolerant Network) platform that was tailor made for reindeer herding purposes in remote Arctic environments. He is the member of the The InterPlanetary Networking Special Interest Group and co-author of the PRoPHET routing protocol (RFC 6693).

Samo received his PhD from Luleå University of Technology, in the subject of of Human Work Science, in 2014. Here, he focuses on development and deployment of the ICT infrastructure DTN for sparsely populated Arctic regions. His interests include routing in computer networks, energy harvesting, low power systems, soft, and hardware development as well as embedded systems. He is also interested in the social, and economical aspects of ICT deployments.

Prior to his academic career, Samo worked for more than six years in the industry, developing hardware and software components for meteorological and radiological systems.

Revisiting a remote village scenario and its DTN routing objective (2014)

An analysis of evaluation practices for DTN routing protocols (2012)