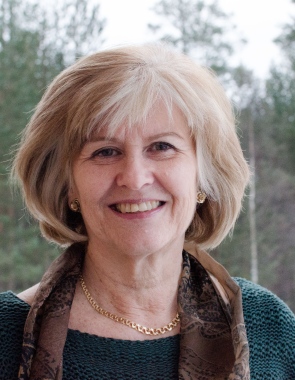 Synnöve Dellqvist graduated from the Royal College of Music in Stockholm with a master's degree in fine arts and teaching in1974. She received a soloist diploma in 1975 and was honoured with a medal of reward. Her studies continued at the Opera Studio 67 in Stockholm.

She has participated in courses of mental training and leadership and has also taken classes in Feldenkrais, Pilates and Iyengaryoga, to develop and maintain a healthy and stable awareness of the body mind connection while singing.

Synnöve Dellqvist has appeared as soloist in both traditional and exclusive concerts (national and international) and different stage productions together with professional chamber ensembles and orchestras as well as regional (the Drottningholm Baroque Ensemble, Musica Vitae, The Band of the Royal Swedish Navy, Swedish Radio Symphony Orchestra).

Synnöve Dellqvist is familiar with many genres (sacred music, art songs, opera, operetta, and musical). Her specialty is the interplay between singer and audience. She has also contributed as a presenter in many different concerts consistency.

She has recorded CDs (sacred music) and Radio programs (Lieder) both live and in a studio and participated in the Swedish TV.

She has been awarded with prestigious scholarships as: Kristina Nilsson, Edwin Ruud and was chosen to be the Swedish Jenny Lind in 1974, with a tour in USA as a part of the scholarship.

Synnöve Dellqvist has also been a member of a international Working Team (2001-2004) in the Project: “The Word & the Tone” which special focus was directed to the Art of Lieder and arranged by the Swedish Chamber Music Association. During the years 2004-2010, she was a member of the Swedish Arts Grants Committee, a government agency, which function is to support artists who work within the areas of visual art, design, music, dance, theatre and film.

She became employed as voice teacher in classical singing at the Academy of Music in Pitea 1995 (Lulea University of Technology), and was later promoted to assistant professor (2006). She has also been a Director of Studies for the Master Programme in Music Performance the years 2011 – 2014. Since 1997 she has also worked as a voice teacher in singing courses at the Pitea Summer Academy.