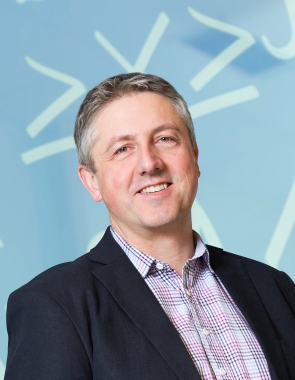 I am Professor of Automatic Control at the Control Engineering Group at the dvision for Signals and Systems and research the boundary between theory and application where limitations and challenges of using advanced methods in an industrial context are of great interest.

Currently, I am on leave of absence to support my spin-off company in an intense growth phase, see www.predge.se

My research intrests are:

I grew up in Beckingen (Saar) in the region Saarland, Germany and I am a german and swedish citizen. During my engineering studies in electrical engineering at Universität des Saarlandes I was an exchange student at Luleå University of Technology between Jan 1994 and June 1995.
I received my MSc in Electrical Engineering in 1997 and moved to Luleå to start my PhD studies in Automatic Control. In 1999, I started the joint stock company SafeCont AB together with my colleagues Andreas Johansson and Alexander Medvedev. The company has been started as an outlet for commercialization of the results of a research project on reliable control.
In 2002 I received my PhD in Automatic Control and thereafter I joined the Active Safety Functions group at Volvo Car Corporation in Gothenburg. There I was responsible for the development of preventive safety systems focusing on driver awareness. Additionally, I was a system developer for collision avoidance and mitigation systems, where my focus was threat assessment and the related information fusion process. I am one of the inventors of the Volvo Cars Driver Alert system.
In 2006 I left Volvo Car  Corporation for my current assignment. In the beginning of 2009 I have started the company SafeMobility in Gothenburg (renamed to Sentient+) together with former colleagues which develops functions and features for vehicles from a vehicle dynamics and safety perspective. In 2012 I was promoted to Associate Professor in automatic Control and  during 2013-2016 I was Director of the Third Cycle Studies at the Department of Computer Science, Electrical and Space Engineering. As of 2015 I am promoted to full professor in Automatic Control and during 2017-2019 I was member of the board of LTU.