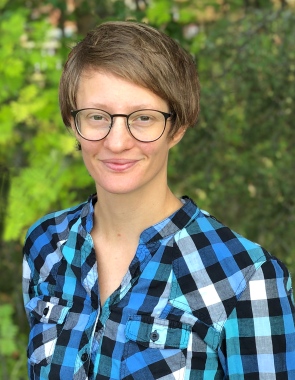 One of my long-term interests lies in philosophical dialogues in different settings for different target groups.

A research project that I was involved in during 2019–2021 is When words fail: advanced communication through digital innovation for persons with aphasia, funded by Vinnova (Sweden's innovation agency). The research project combines Education, Special needs education, Pervasive and Mobile Computing, and Philosophy.

During 2019, I conducted research (funded by the Swedish National Agency for Education) about effects of dialogic interventions for socioeconomically disadvantaged elementary school students, where the structured observational protocol Argumentation Rating Tool (developed by researchers at the Institute for the Advancement of Philosophy for Children, Montclair State University) was used in order to study the participating groups' reasoning development.

A previous project (2013–2018) was Education for participation - Philosophizing back a ‘new’ life after acquired brain injury, which was funded by the Swedish Research Council. The multidisciplinary research group studied the effects from philosophical dialogue interventions on social and cognitive (e.g. critical thinking) skills that are relevant for persons with acquired brain injury to increase their participation in society.

During the period August 2017–December 2018, I was also involved in a development program for junior promising researchers at Luleå University of Technology, which combined research amd academic leadership education.

My doctoral thesis, published in 2016, was named Students’ Reasoning about Learning and Well-Being in School: On the Epistemic Privilege of Swedish Early Adolescent Students, which used written letters and interviews for data and concluded upon the complex relationships between learning and health (as defined by the WHO in terms of physical, mental and social well-being).

I am currently involved in the special education programme, the teacher education, philosophy courses and in free standing courses such as Philosophical dialogue with children. My educational background, which lies in the intersection between education (teachers degree) and philosophy (B.A. in Philosophy at Luleå University of Technology and advanced level in Practical Philosophy at Stockholm University), shows in my interests in the application of philosophical subjects, such as ethics, critical thinking and philosophy of science, to education and special education.

Gardelli. V, Backman. Y, Parnes. P
Paper presented at : The 20th Biennial ICPIC Conference – Philosophy in and beyond the classroom: P4wC across Cultural, Social, and Political Differences
Article in journal