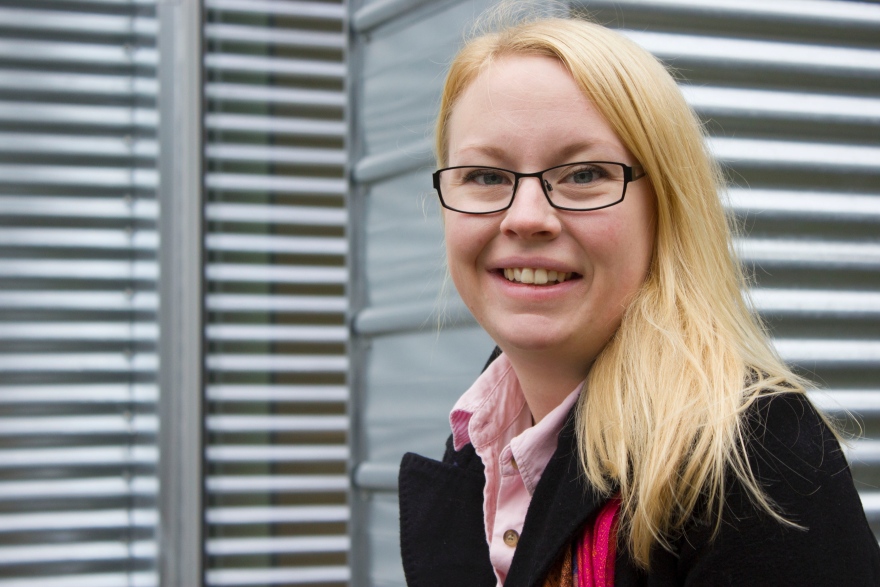 - I think back to the spring of 2012, when I sat and cried and just thinking that this will never go, I have to jump off because I'm too stupid simply and now soon i will reach graduation "shit" I did it, she says.

In January 2015 Ammy Renstrom graduates as a Bachelor of Commerce in Business Administration and Marketing. A dream has come true, and given her a taste for further studies.

- I'm almost too excited to keep reading a master's or a master's because I have not been discouraged to study. I have never in my life had such a desire to study now says Ammy Renstrom.

She was born in Skellefteå and raised in Luleå, where secondary education was managed under much distress.

- I thought it was fun but tough and large thresholds. Had wanted to go the social sciences, but I did not dare because I thought it would be too tough for me, so I chose to go to the nursing program and become a nurse.

Nursing program contained very practical exercises and were therefore more suitable for Ammy Renstrom who graduated with very good grades. She worked many years in the legal profession but was not satisfied with it. After completions of adult education so she applied and was accepted to the program Bachelor of Economics at Luleå University of Technology in January 2012. It went pretty well in the beginning but when the subjects accounting and economics became concerned as she began to fall behind.

- It was not good then and during the first study period kuggades I on both exams. I tried to read and read but did ten pages in an hour maybe, I realized that this is simply not possible and I just cried and cried, she says.

But then wondered a fellow student who had reading and writing unless Ammy also had dyslexia. And that was true, she was told, after an inquiry made at the initiative of the University. She was granted quickly educational support in the form of note taking in class, individual tentasal, extended tentatid and the ability to download audio books. When she got a fail on an essay she also assists in a language workshop.

- Thanks, I have developed tremendously as a person and in my dyslexia, she says.