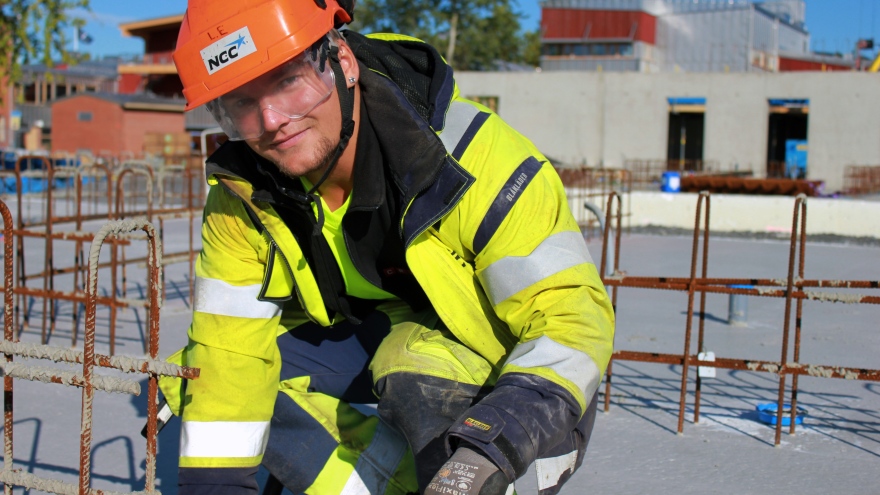 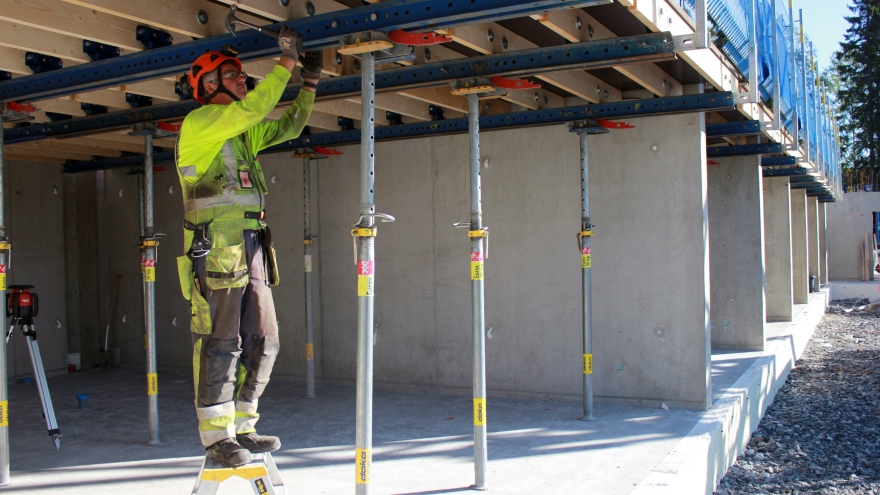 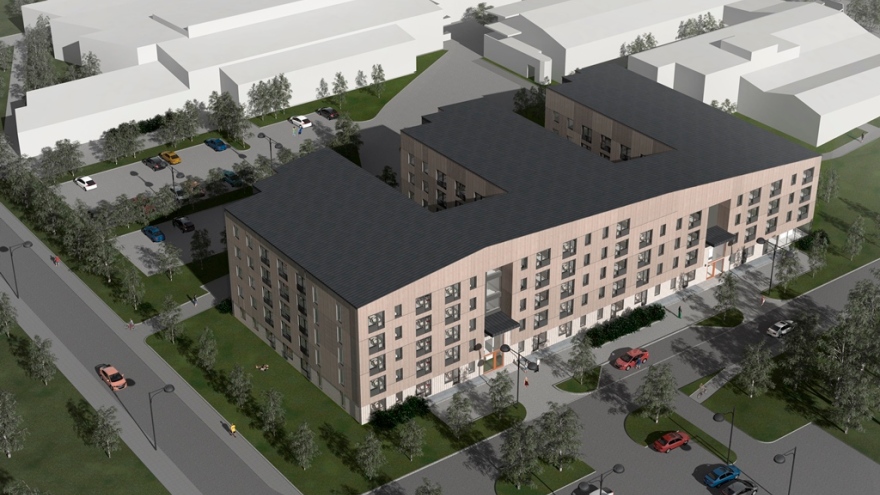 – Our students ask for accommodation right here on campus and no other place can be more central than this one, between the B-building and the C-building  where STUK, Luleå's largest nightclub is located. We look forward to a university area where studies, housing and leisure are mixed and where proximity and community continue to be a competitive advantage for us. From the Universities perspective, we just want to say: We are extremely happy for a much needed supplement of students and researchers accommodation, Mia Oldenburg, director of Student Affairs, says.

Already now the frames of the new apartments are fully visible to the person who crosses the construction site and it is possible to visualize a furnished ppartment. The new rental house, Polstjärnan, is becoming an E-format house with both four and five floors, which contains 132 apartments of 25 square meters and 67 double flats on 41-44 square meters. In total, 266 students and researchers will be able to live in the house. It is NCC who builds the apartments on behalf of Akademiska hus.

Over the past four years, more than 400 student apartments have been built close to the university in Luleå. During the period 2014-2017, Lindbäck's property has annually released new student housing units:

Riksheim released. during the summer of 2018, 94 apartments on Klintbacken, which, although not marked as student housing, can still benefit the students.