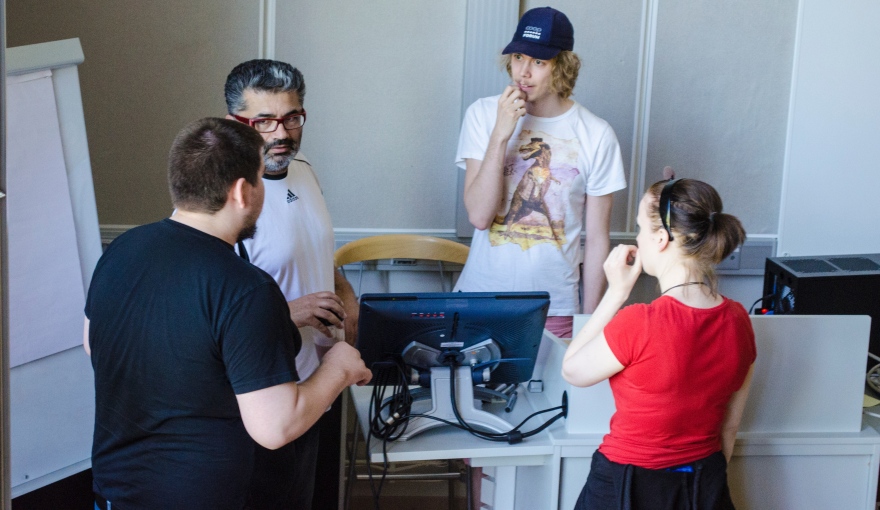 Arash Vahdat in conversation with students in accounting.

When the results of this spring's work was featured in the Academy of Music in Piteå auditorium were students from both LTU Piteå and Luleå University of Technology in Skellefteå in place, along with respective program supervisor. From programs Computer Graphics and Computer Engineering is a total of 25 students with computer games development course in Computer Games Production. The music for the games, in collaboration, composed of students from the Music, artistic candidate.

- The cooperation was initiated by the students as early as last year, and since it worked so well, we wanted to do it again. The students have really impressed with their independence, they have run the groups as small businesses and taking on a challenge that not even established developers would embark on, says Arash Vahdat, tutor for students in Skellefteå.

- To compose music can be a very solitary work so it has been interesting to create a group, a genuine team effort. In addition, we now have the chance to work on someone else's vision, which has been instructive, says music student Ola Moum and is backed by fellow student Kristin Boussard

- We have both been working together within our own group of music students in addition to collaboration with computer graphics and computer game developers. It has been both challenging and fun to be so many people involved in a creative process.

Johan Ramström, lecturer and tutor for music students at Luleå University of Technology Photo: Anna Åström
This video has been blocked due to your cookie settings.
Accept marketing cookies or watch the video on Youtube. 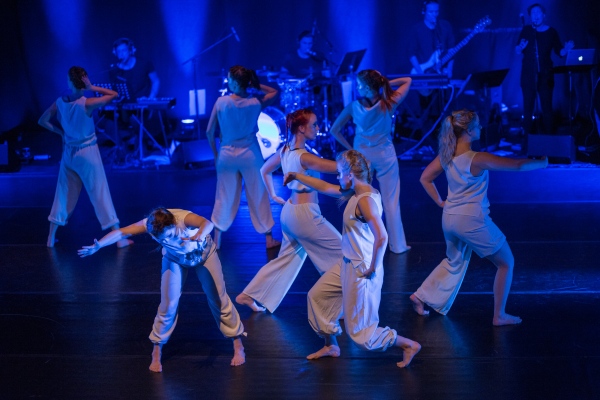 That choreography is created with music in mind is nothing new. But when prospective dance teachers and musicians come together in the show Rorschach it's as just much the dance that control how the music sounds. 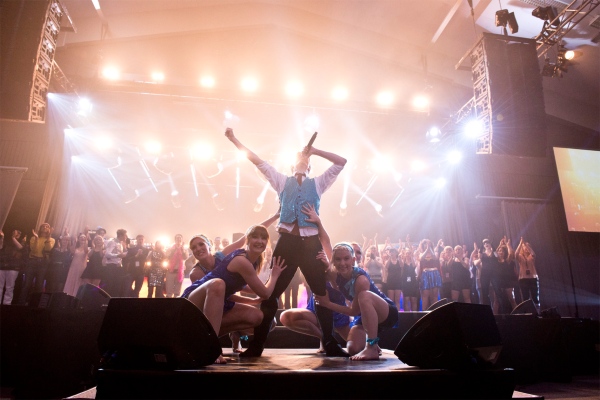 Swedish Music Academician Song Kåntest is our own song contests. The project includes over 160 students from all programs on campus. 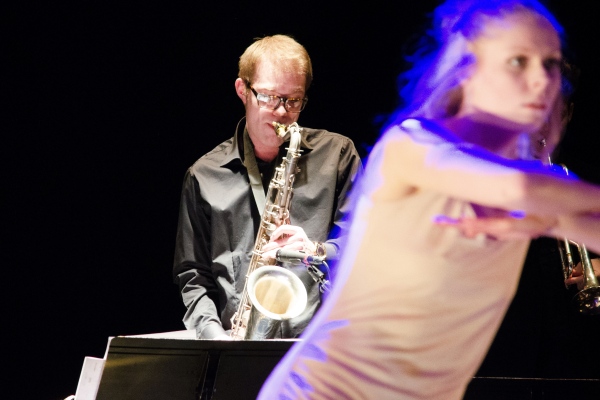 For 10 weeks, students from Luleå University of Technology Dance teaching programme and Musical arts candidate with jazz specilisation have been working together. The result is the performance Space. 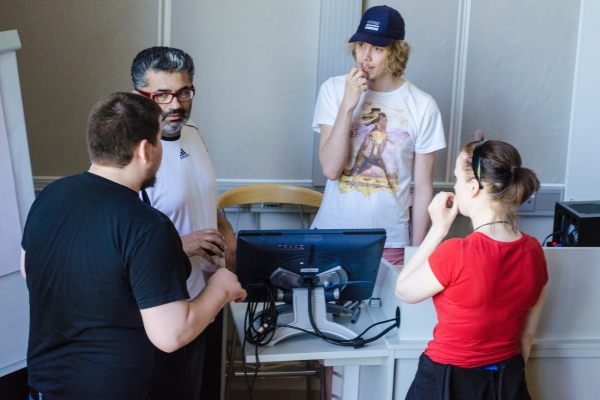 Composers, computer graphics and computer game developers have collaborated with the development of four computergames. It is the second time the students get the chance to meet over program and campus boundaries. 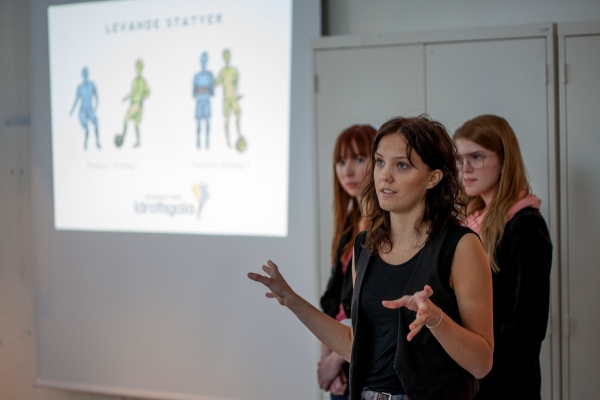 Student Collaboration behind the sports gala in Piteå

For five weeks, students from Experience Production and Media Design at Luleå University of Technology worked to on behalf of Piteå Municipality, Norrbotten sports and Communications at Piteå municipality to create a concept around Norrbotten sports gala 2013.