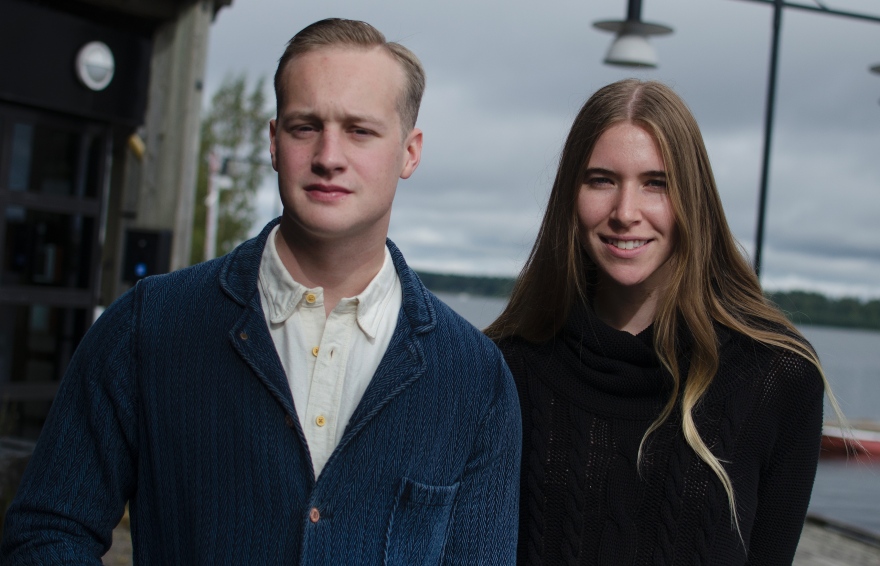 - This has been a dream of mine for so long and it feels great to finally be here, says Annika Forslund Rimbléus and is backed by Kenny Olsson.

- I can not quite grasp it yet. I'm still afraid someone will say that I have not been accepted.

Together with the other seven students they now begin the three-year training at the Theatre Academy. And expectations are high.

- Firstly, I hope that the years here this will make me a safer actor but I also want to use the time to explore myself and see how far I can reach in my acting, says Annika Forslund Rimbléus.

In Sweden there are four theatre academys and the competition is fierce. Like many others, it took more than one application attempt before Annica and Kenny received one of the coveted spots. The fact that they ended up at Luleå Theatre Academy the two sees as entirely positive.

- Those I have met who have gone here has been very safe and present. It feels like the Theatre Academy here really invest in you as a student and dare to give you the time you need, says Kenny Olsson.

Luleå Theatre Academy is located directly adjacent to the county theater in Norrbotten. A fact which provides for close cooperation with the acting program.

- It is an absurd luxury that we as students have access to an established ensemble like Norrbottensteatern says Kenny Olsson and Annika Forslund Rimbléus agree.

- For me it's a dream scenario. Just being able to open a door at the school and step into the theater. I have been here before and seen a few sets and it has been so amazingly good. It was especially attractive to come here and study.