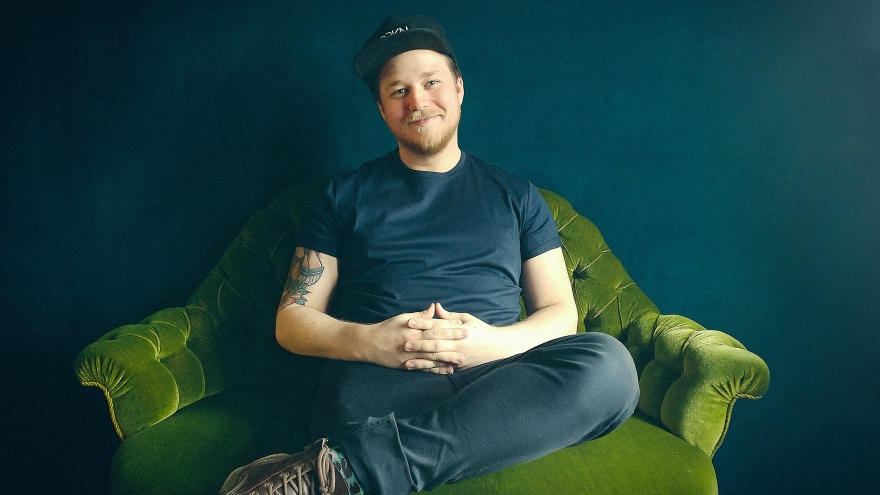 – It feels great! It was an incredibly great honor to stand on the stage in front of so many skilled artists and industrial professionals that you yourself looked up to for a long time, says Philip Engström who currently works as Lighting Supervisor at the company Important Looking Pirates in Stockholm.

The Visual Effects Society (VES) awards are ranked among many in the industry as more prestigious than winning an Oscar in visual effects.

– What makes them so desirable is that the prices are dedicated solely to visual effects. Only people in the industry are members of The Visual Effects Society and therefore only those are allowed to vote. In this way, it is ensured that the grant that wins does so because the craft is the best in that category and not because the film or series is more popular with the viewers, Philip Engström explains.

The working group Philip Engström belongs to won the category "Outstanding Created Environment in an Episode, Commercial, or Real-Time Project" for the work on the environment around the crashed spacecraft Jupiter 2 in the Netflix series Lost in Space.

– Most of the environment seen outside the spaceship we have created in CG. For this particular contribution we focused on the part where Jupiter has crashed down and then drops down below the water surface. Due to the difficulty of filming underwater, almost everything in the sequence is done in the computer, with the exception of the faces of the actors in some clips. Getting the light and feeling under water to be realistic is a tough task, and brought with it many challenges for everyone involved, says Philip Engström and recalls a developing work process.

– It was a great experience! We had the pleasure of working towards a customer with great visions and a tremendous confidence in us creators, which means that we got relatively free hands to do what we thought would be the best picture.

How did you experience your time at Luleå University of Technology in Skellefteå?

– It was very good. We had a really good class with many like-minded people who helped push each other. The premises and the equipment gave the students what they needed to do their work. One good thing was that you had access to the classrooms and their workstation 24 hours a day, every day.

Looking back at your education, what was the most important thing you learned?

– One of the most important things I learned was to be able to let go of ego and prestige. You often work in groups at the school, and always in a group at work, and thus have to see your work as part of the process that you jointly try to take as far as it goes. Being able to take criticism and feedback in a good way is incredibly important. It's nothing personal about it, but just opinions to lift your work to new heights.

Do you have any tips for anyone who is thinking about studying Visual Design - Digital Design?

– This is an industry that requires a bit more of the individual, especially to get into it. It is an industry that does not go on grades, but instead you look for jobs with your show reel. A shorter video showing the best things you have done. The school will help you learn the basics of all disciplines such as animation, modeling, texturing and more, but it is up to you to dive deeper and get better at what you want to do. That being said, everyone can go as far as possible, all you need is will!