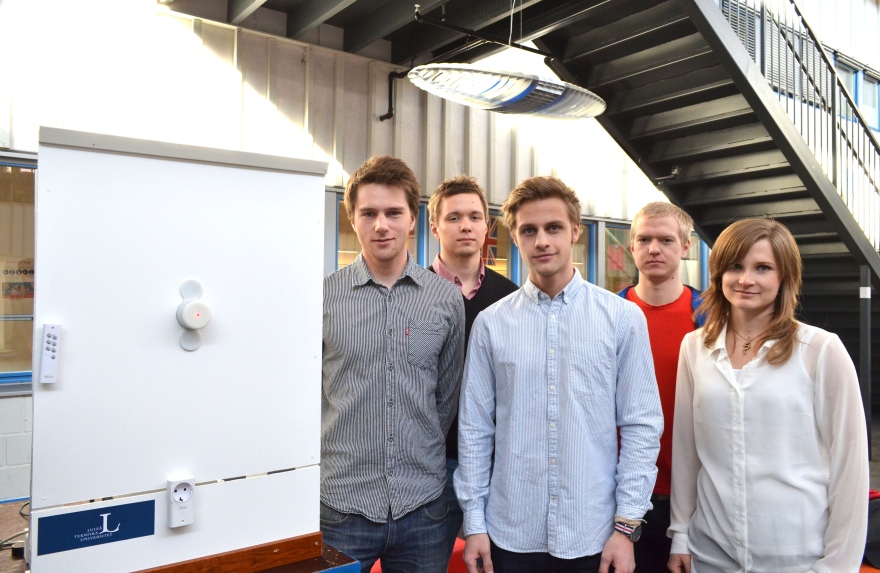 Students at the Master programmes in Mechanical Engineering and Sustainable Energy Engineering, on behalf of the company Lindbäcks Bygg, has developed an effective solution for industrial electrical installations in the construction industry. The flexible solution means that the user has access to electricity where he or she needs it. The work was done within the framework of the project course Sustainable Living and the students showed their prototype in LTU's atrium. 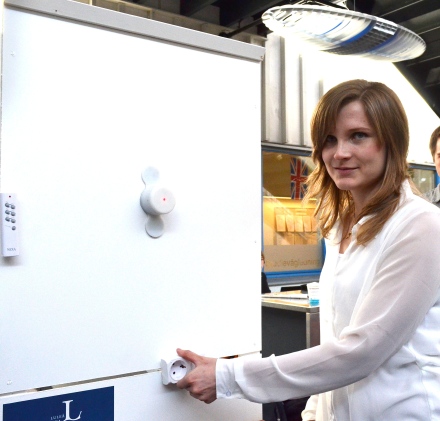 Sockets where you want them

– We have developed a flexible electrical installation consisting of two parts. First, an induction solution that can be found in both wall and ceiling, which through a coil can get power anywhere on the wall or ceiling. The second solution is the more energy intensive units and means that there is a thin slot in the wall leading to the rail. Through the slot, an adapter can be connected, such as an electrical socket or an internet outlet, which are connected to the rail by turning the adapter 90 degrees, says Rickard Gustafsson, student at the Master Programme in Mechanical Engineering at Luleå University of Technology.

– The company gave us the task of creating a more efficient electrical installation and a more flexible solution to the user, the solution for the future actually. They wanted to get fresh eyes on the area so we were allowed to think freely and not worry so much about building codes, standards and the like. The construction company will take care of those other problems, says civil engineer student Anton Ekman. 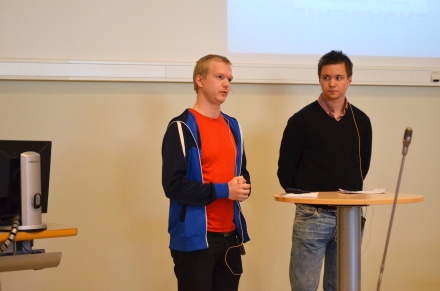 From left: Stefan Bergström and Andreas Ekman presents the project in C305, LTU.

The induction solution that the students have come up with is primarily meant to be used for lighting in the ceiling or wall. Inspiration has been taken from something everyone is familiar with.

– The solution is similar to bumper cars you see in amusement parks. There is an extra ceiling where a thin net is energized on both sides that lead through the electricity. The construction company installes the ceiling together with primary coils, to which power is connected. When the power goes through the primary coil, an electromagnetic field is created, and then you have a secondary coil that works almost in the same way that captures the electromagnetic field and enables you to get power. A white cover that encloses the secondary coil is visible on the roof. It can be removed because the coils are held by magnets. To not forget where the primary coils are, we have come up with a parking solution where you have a small mark on the ceiling where you park your coils, says engineering student Stefan Bergström.

Induction is a technique that the students think will become more common.

– We believe this is the future. Not so long ago, Nokia introduced their wireless charger based on induction on the market. In Korea, they have been thinking about integrating induction in bus stops to recharge the electric vehicles while standing at the bus stop. Overall, there is a great development potential in this technology, Stefan Bergström concludes.