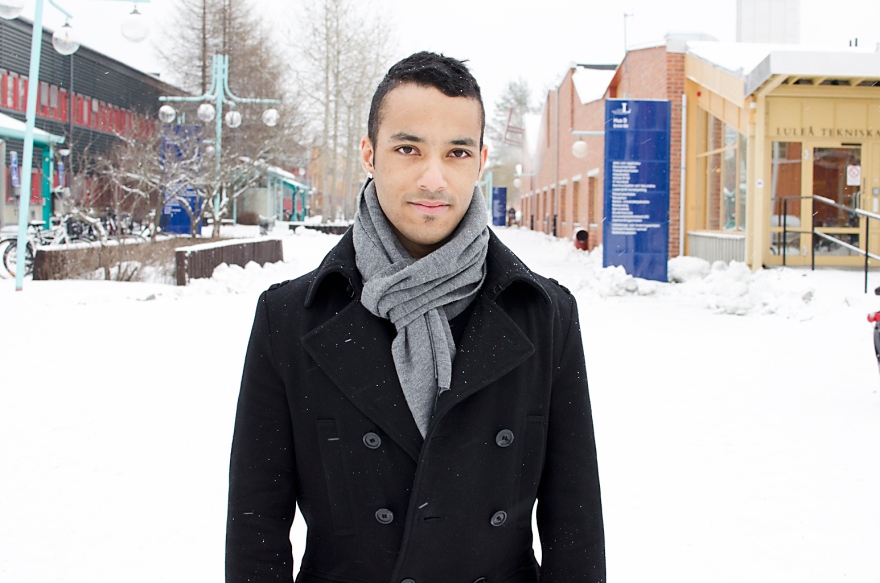 Josef Elhag and his classmate Christian Gonzales Klasson studied at the University of Strathclyde in Glasgow, one of three universities in Scotland's largest city.

– There is a slightly different system in Scotland with only one study period per semester and shorter courses, which leads to many courses running in parallel. I read seven courses at the same time which was quite stressful, says Josef Elhag.

What did you learn?

– A lot! In addition to what I learned at the courses, I feel I have become much better in the English language, both orally and in writing. It was stimulating to leave the safety at home and try something new. It took a while to learn their digital learning platform, and to find my way on their large campus with approximately 30 buildings and 30 000 students. The new culture and learning environment has also broadened my perspective and taught me to reflect in a new way.

Anything in particular you remember from the time in Scotland?

– Scotland was a bit like the opposite of Sweden. In addition to driving on the "wrong" side of the road, they have different electrical outlets, doors open inward instead of outward, the washing machine is placed in the kitchen and so forth. Even the holes in binders are placed differently, says Josef Elhag.

– The dialect in Scotland is very special, but at the same time the most gorgeous of all British dialects. At the university teachers try to talk as clear English as possible, which is really good. The funniest thing is when you try to talk to the locals. They talk so fast, using other words and bending ordinary words into something completely different. Frequent, "light" conversations can sometimes take five times as long when you speak to a scot with a heavy accent.

When there was time to spare, Joseph and his classmate visited the capital Edinburgh which is one hour away by train, or travel to England to watch football.

– Me and my friend are very interested in football so of course we wanted to see football. In Glasgow they also had very favorable student prices, for instance at the gym and at the cinema, which was appreciated.

Do you have any tips for those who want to study abroad?

– Before you go, check in advance the courses you are interested in. If there are courses you want to include for your degree, ask the examiners who hold similar courses at your home university to make sure they are applicable. Accommodation can be also hard to find, so try to solve it in time. We had to call on ads. Another tip is that if you feel uncomfortable in the language in the country to which you are traveling, there are language courses available at the start of term, says Josef Elhag.