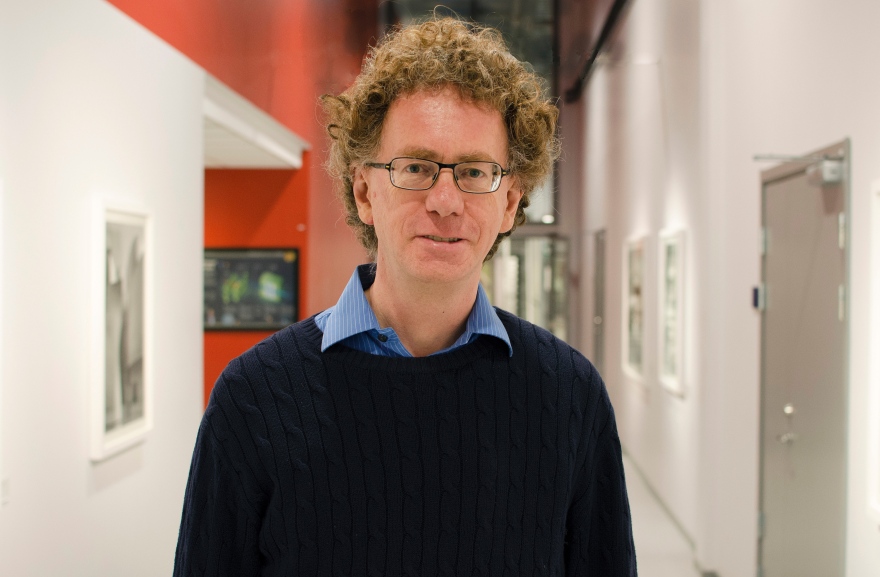 For several years, Math has been working to build the university's electric power research, and with his increased commitment he now looks forward to an expansive period for his research group.

– My goal is that in five years when you think of electric power engineering you should think of Luleå University of Technology in Skellefteå. We will attract talented researchers and in 2016 I expect that we have 10 graduate students, says Professor Math Bollen, Holder of chair in Electric Power Engineering at Luleå University of Technology in Skellefteå.

With regard electric power research in an international context, Sweden is not among the foremost nations, despite the presence of a world leading company in the form of ABB. Math Bollen think many talented researchers instead can be found at ABB, which means that their research is not published. Therefore, it is valuable that Electric Power Engineering recently recrutied the ABB researcher Kailash Srivastava as an adjunct professor.

– Kailash is an important recruitment for us, he can supervise doctoral students and help us with contacts in the industry. He lives in Västerås, as is originally from India.

– Overall, we have good contacts within the industry, in Sweden we are part of industrial reference groups and internationally we participate in workshops where we discuss the challenges that the electric power industry faces. Above all, Skellefteå Kraft is a company we have a very fruitful collaboration with. They support our group in different ways and without them we probably would not have existed.

The focus of the university's electric power research so far has been about electric power quality, since Math Bollen has a leading role at the international level. More recently, the focus has been broadened toward future smart grids that will make the transition to a sustainable society, for example to integrate renewable power generation and energy-efficient equipment in the power grid. Also in this area, Math Bollen and his colleagues have already managed to build a good reputation. One of several ongoing projects, stochastic programming of smart distribution networks, is about making the transition to a sustainable society.

– We are active internationally, for instance we have a guest professor who sits in Hong Kong, and one of our teachers is a visiting professor in Spain, and we participate in several international conferences and participates in work groups. At conferences you can see what others have done, not what challenges they face. Therefore, we have started a series of workshops with international research colleagues where we discuss problems we have not solved, says Math Bollen.