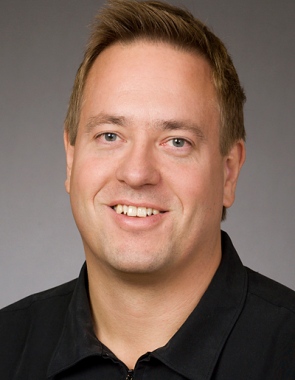 Professor in Pervasive and Mobile Computing

Kåre Synnes is a professor in Pervasive and Mobile Computing. He is doing research in the areas of pervasive computing and multimedia communication, often with an application within eHealth. He is an affiliated researcher at the Centre for Distance-spanning Technology (CDT).

He started his studies at Luleå University of Technology in 1988 and completed a masters degree in computer science in 1995. During this period he also did his military training and is today a captain the reserve. He then worked at Ericsson Erisoft before returning to post graduate studies which led to a PhD degree in 2002.

Kåre has since 2002 been employed at Luleå University of Technology, where he had roles such as program coordinator, division head and vice prefect.  He has since 1995 been involved in European projects such as FP4 MATES, FP5 Roxy, FP5 MediaSite, FP5 MobiHealth, FP6 CogKnow, FP6 Laboranova, FP7 AAliance, FP7 Dem@Care and FP7 Wattalyst. He has also acted as an expert/reviewer for European projects and proposals since 2009.

Kåre Synnes is also a cofounder of the IST Prize winner Marratech AB, a direct result of the FP4 MATES project, which was acquired by Google in May 2007 to form the basis for Google+ Hangouts.