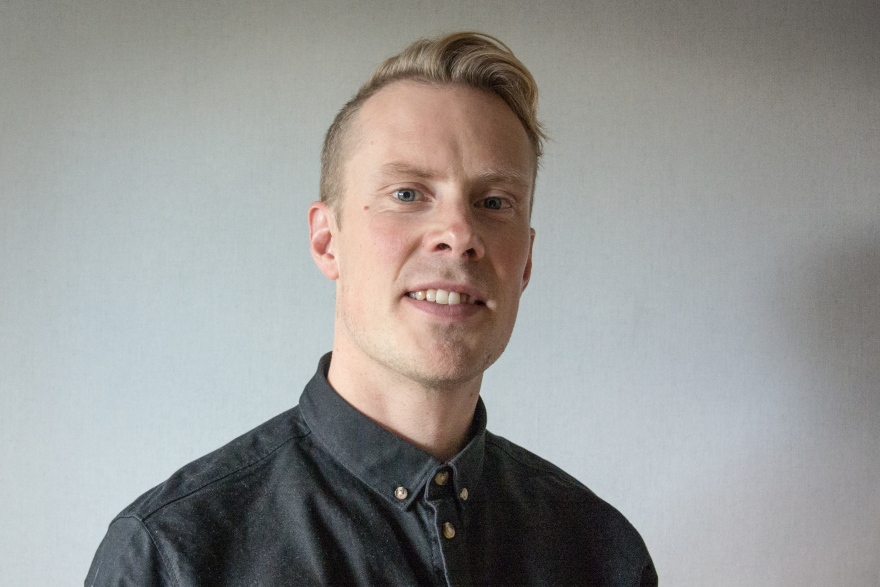 We are talking about Braille Box. A Braille printer for visually disabled which again and again has been praised by the design industry. Red Dot Design Award, Stora Designpriset, Design S, Good Design Award and most recently the German Design Award.

– German Design Award may be the heaviest award. Design managers from Porsche, Braun and Rosenthal are in the jury, says Max David.

But to find out how it all started, we need to rewind the band.

After a high school education in Baltic Sea Knowledge moved David to Gothenburg and began working in manufacturing. The tasks felt pretty unstimulating and David got the motivation to do something different – and in the end something more creative. It led him to LTU and the one-year Preparatory Programme in Technology.

– I just thought I'd stay for a year, but I liked it too well, so it became seven, says David who continued on the program of Industrial Design Engineering.

Year five and time for the degree project. David had intended to work alone, but the classmate Jens Kallin invited him to collaborate. Together they contacted Index Braille, an international company with base in Luleå that produces braille printers. The company was faced with developing a new product design and had the courage to initiate a partnership with the two students.

– They gave us office space and continuous supervision. We demanded salary if it would be a real project so we put a bid and they raised it by 60 percent. We felt that this is it, now we have to deliver, says David.

David can criticize that the education fostered students to a naive approach where ideas seldom were questioned, but it was also because of this that Braille Box became a success.

– We decided early on to do something special. It was not easy to sell our idea. One does not bend a ten millimeter glass 90 degrees. We found just a manufacturer that wanted to do it. But we were students, and knew there was a certain acceptance towards us.

The work went well, thanks to the team that Max and Jens had access to at Index Braille. A designer at the company worked alongside the students to adapt CAD model to production and they could even get out a physical prototype in the context of the thesis.

– Jens and me are complementary. I'm a little more up in the blue. We were incredibly focused and worked around the clock for five months, but had fun most of the time. Sure, there were a bunch of setbacks and days when we disagreed with each other and the management, but there are small parts of the whole.

The end result was an asymmetric product design in aluminium and glass that really stands out. Braille Box is also extremely user friendly. Or as the award on the wall says, "A consistent response to a difficult design challenge which creates user experience and export success through self-explanation and elegance."

David takes the awards with a cool attityde. He says they all have led to good contacts, which indirectly has given new assignments. The best part is that he has had to share it with Jens, that they've got glitter together.

– You get a lot credit from the industry. I think that the attention itself is a bit annoying, I'm not entirely comfortable with being in the center. But it is damn nice to sit in the office and think about what you have been through.

Currently runs David his own design company that he started as a student and plans to expand. His mission may involve everything from sketching on a whole new product to sustainability calculations and design drawings. The breadth of the education has been spot on for Max David.

– I'm not the best at everything and takes often on assignments that I do not know how to solve. But I know where I can find information to address the problem. It increases my skills all the time. Part of the job is to learn new things and develop what I already know. I study almost more now than when I studied.

Now is David finished with Braille Box and says mysteriously that he has new things going on, but the point is the same.

– I will continue to go on a dreamy naivety where nothing seems impossible, says David with a smile. 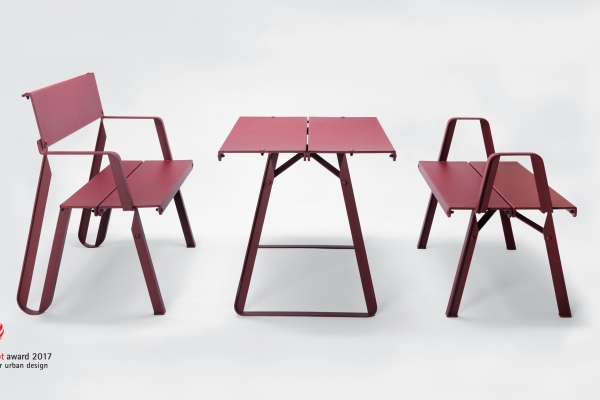 2017-04-21 A braille printer, a trash bin and now a furniture collection for public outdoor environments. The former students Annica and David Doms design continues to win awards in one of the world's largest de...