Felicia Aneer and Carl Hansols in front of the new cabin. 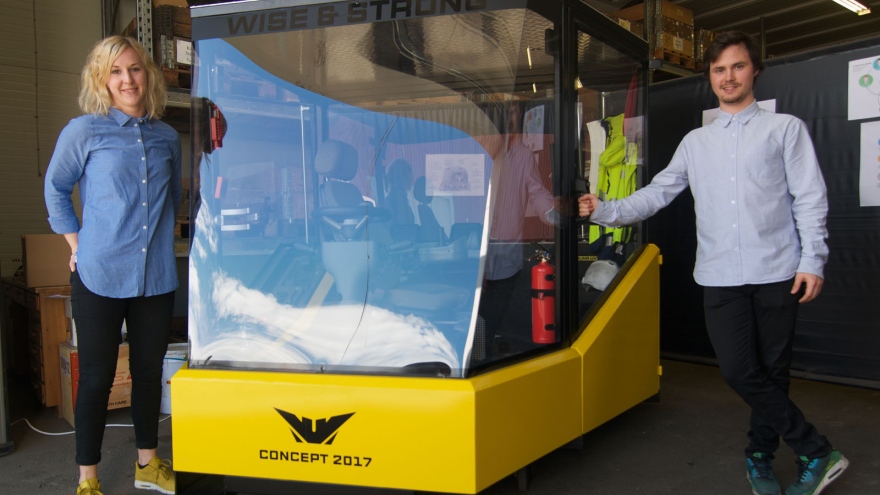 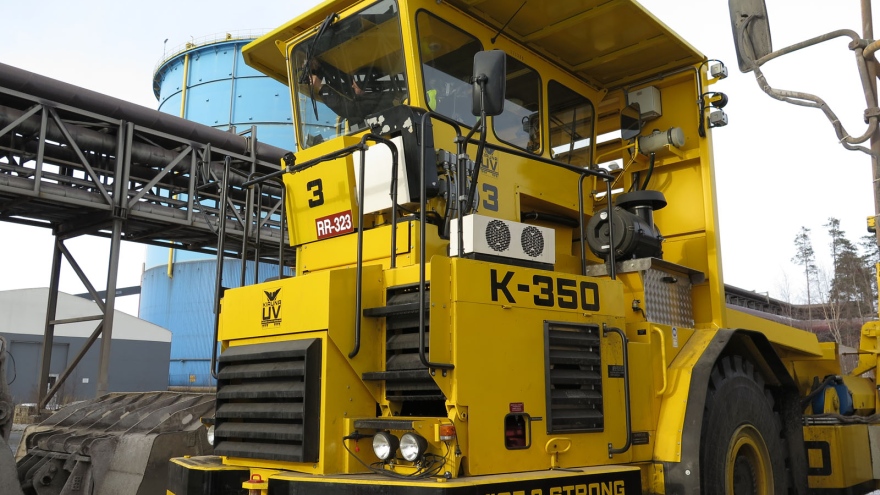 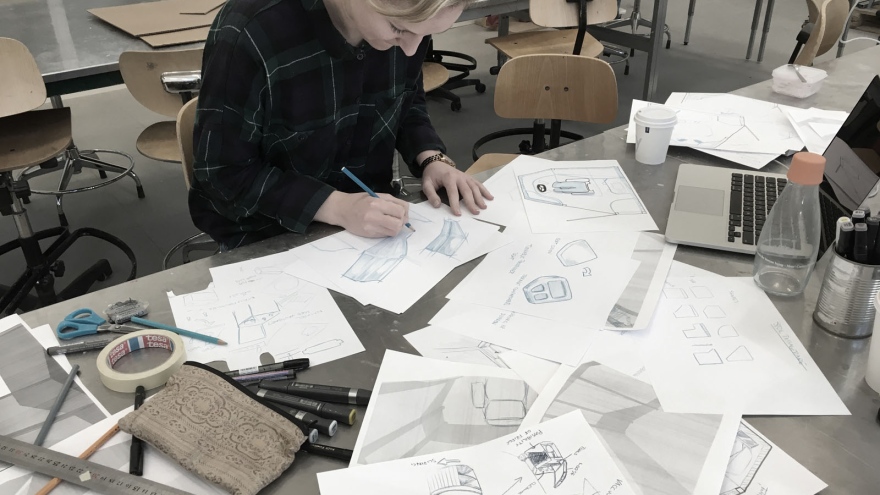 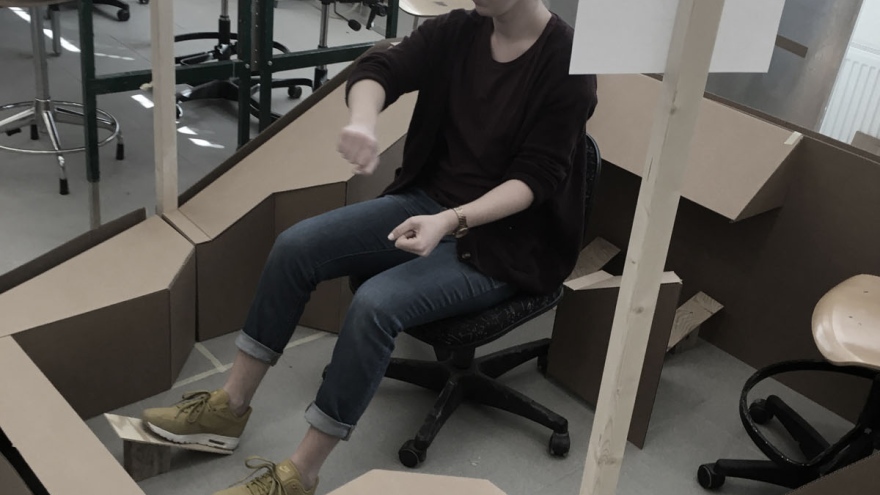 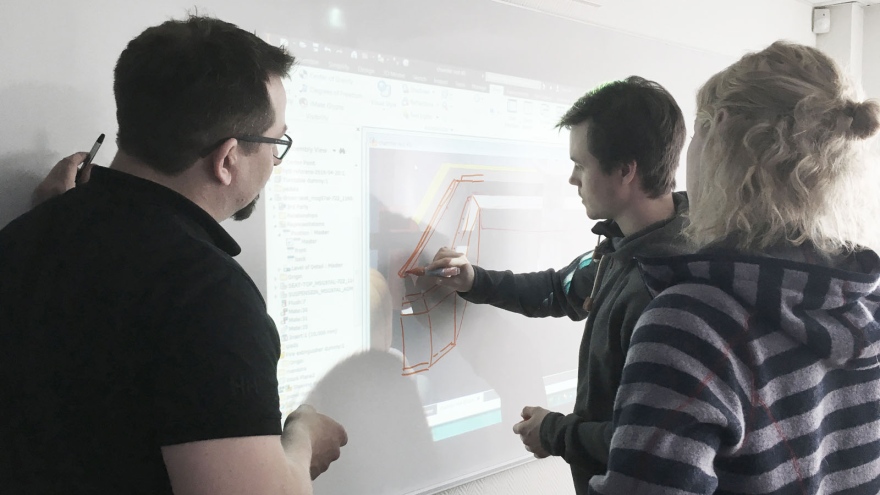 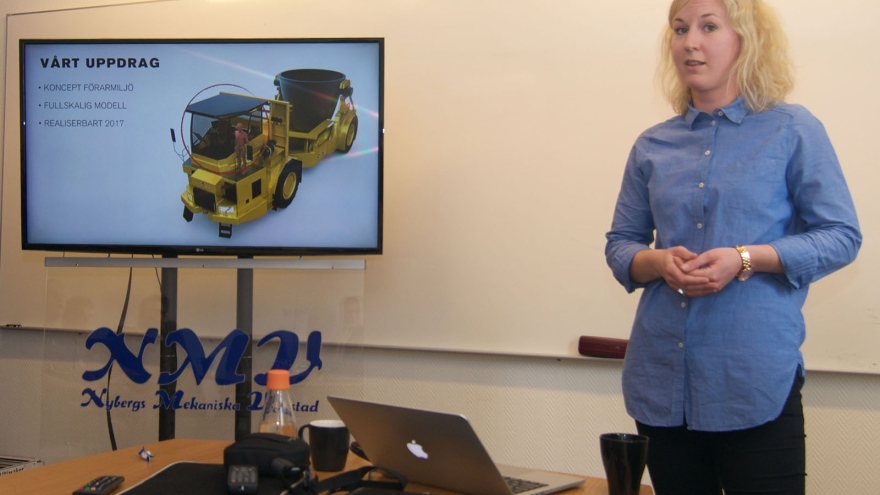 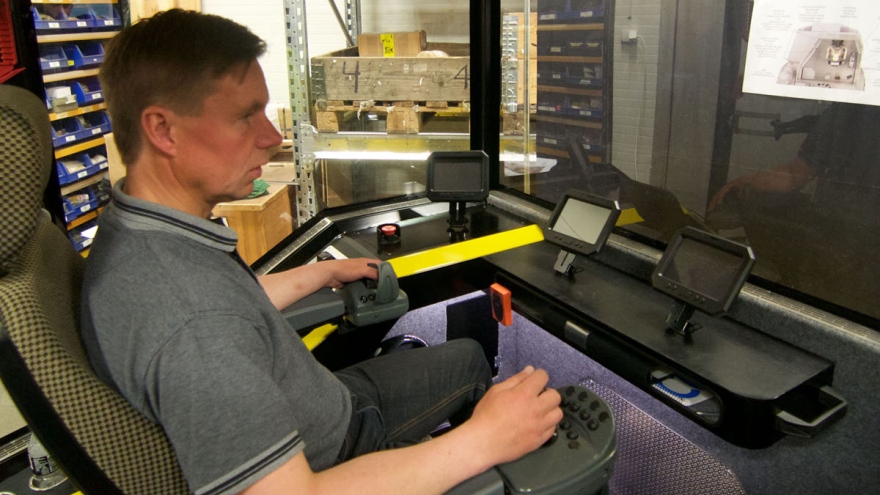 – Students have seen the problem with brand new eyes and without preconceived ideas. They are not locked in technical solutions and can think freely. This has really payed off, says Kenth Mukka, design manager at Nybergs mekaniska verkstad.

A slag hauler is carrying liquid slag from the blast furnace and the dump station at a smelter. Behind the mission stands Nyberg mekaniska verkstad. The company wanted help to update the operator environment in the cabin and had six students in Industrial Design Engineering to conduct a feasibility study in the autumn of 2015. The group produced an exterior concept and Carl Hansol was one of the members. Now he has further developed the concept along with Felicia Aneer in their degree project.

The focus has been on ergonomics, safety and user experience, but Felicia Aneer and Carl Hansol has also placed great emphasis on interior design.

– The old cabin was designed over 30 years ago and was very outdated. It was poor ergonomics and visibility, and problems with the heat in summer and cold in winter, says Felicia Aneer.

– The new cabin can be adapted to different sized drivers with different needs, such as the distance between the seat and steering wheel. And visibility has improved significantly, says Carl Hansol.

During the degree project the students built a full-scale prototype with the help of laser cutting, bending, welding, etching, riveting, bonding, 3D scanning and 3D printing. To get the appropriate displays, controls, chairs and other furnishings they have been in close communication with various subcontractors.

– To build a full-scale prototype provides an understanding of the production, and why things look the way they do, says Carl Hansol.

– It will be fun to see the end result and it feels great that we probably have given Nybergs mekaniska verkstad some new perspectives and ideas about how their vehicles might look like, says Felicia Aneer.