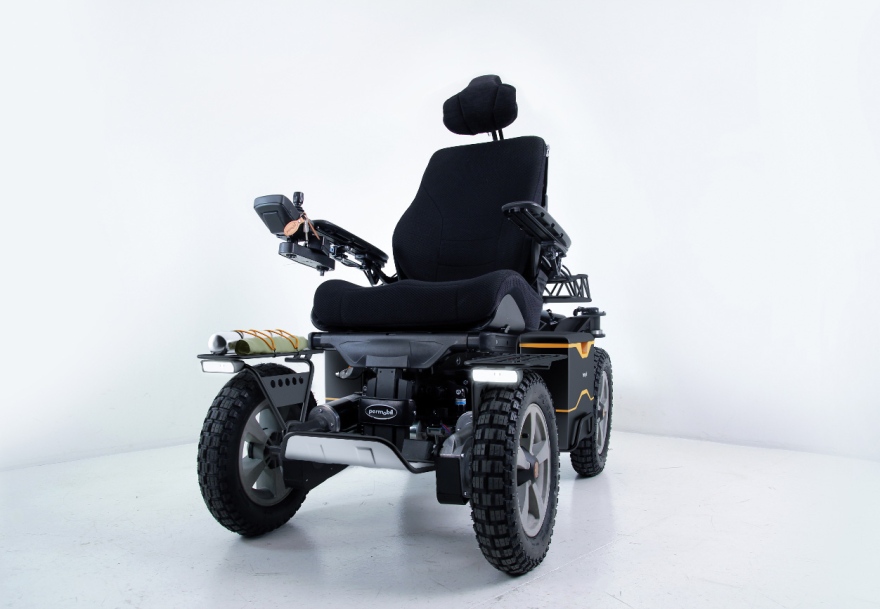 – We are both fascinated by off-road vehicles and its accessibility after a previous project where we built a tracked vehicle. In our education the human is in focus so therefore we wanted to build some form of passenger transport. We contacted Permobil because Anton had worked there last summer and they liked the idea to develop an off-road version of their electric wheelchair, says Elias Löthman, who recently completed his studies at the Master Programme in Industrial Design Engineering at Luleå University of Technology.

The stability was a challenge

The electric wheelchair Anton Danielsson and Elias Löthman developed have good off-road characteristics. The turning radius for tight spaces is excellent, it can drive over high obstacles, and it is stable in terrain, which also appears in the videos below.

– Just to get something that is narrow and high to be stable on uneven terrain was perhaps the hardest part of the whole project. Permobil, which is one of the world's largest manufacturers of electric wheelchairs, gave us great freedom in designing the wheelchair the way we wanted. It was also a product of just the right size which enabled us to build prototypes and test our solutions out, which was really fun, says Elias Löthman.

Elias and Anton needed to achieve as good accessibility for the wheelchair as possible and that it would still be classed as an electric wheelchair, therefore some rules had to be taken into account.

– As mentioned before we built prototypes to test our solutions and that was probably what was special about our approach. Once we had an idea that seemed promising we built and tested it. First, in Lego, and then full-scale if it meet the requirements. Our method is for instance described in the newly released book Design, process and method by Åsa Wikberg-Nilsson and Åsa Ericson, says Anton Danielsson, who also read the MSc Programme in Industrial Design Engineerg.

If there will be a market launch for the wheelchair is up to Permobil.

– Permobil owns the final concept we came up with. They liked our work so hopefully it leads to a new product on the market, says Elias Löthman.

Read the thesis here
Development of an Off-Road Electric Wheelchair 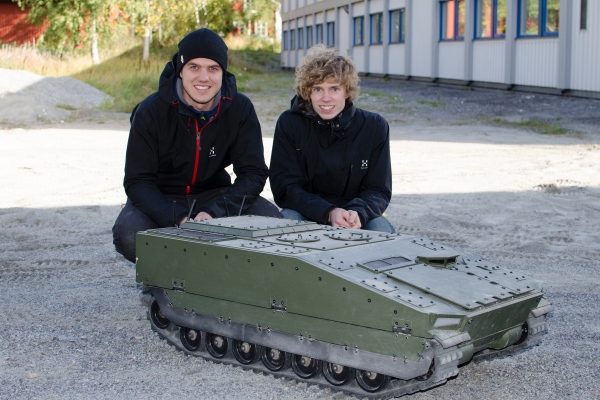 A tracked vehicle that impresses

A realistic radio-tracked vehicle that can be used for product demonstrations. That became the result when two engineering students used their free time to realize a concept they developed in a project course.