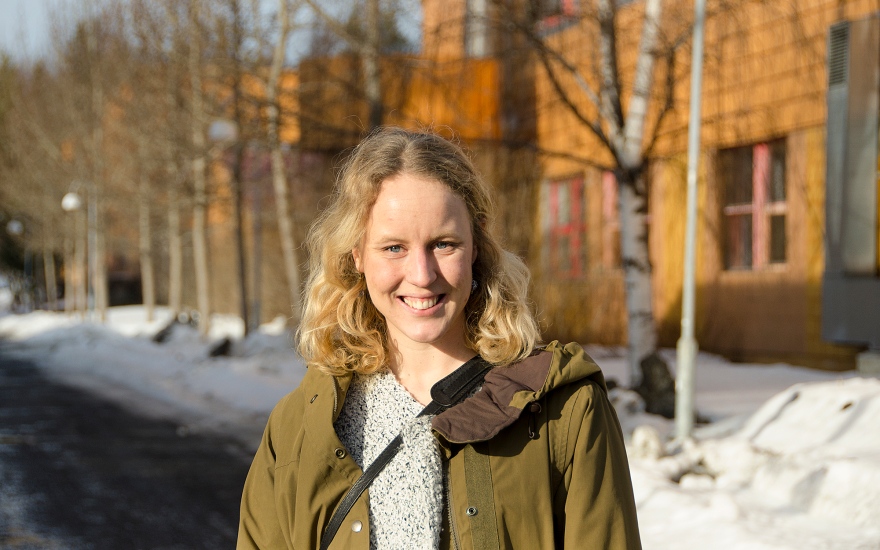 - I developed enormously as a person during the semester in the U.S. It widened my perspective on design that I will be useful later in my career.
Kristin is in the fifth and final year of civil engineering technical design and in the spring of 2013 she travelled to Western Washington University which is located in the city of Bellingham, about two hours north of Seattle on the U.S. west coast. LTU has a established collaborations with the university and Kristin jumped on the program of industrial design.
- It was a different approach than here in Sweden. The pace is much more turned up and some periods I was more at school than at home, which can be tough but it is also very inspiring and instructive, says Kristin who did not experience lack of free time as a major problem.
- Here at home, I have a whole life to look after but when I go abroad for a semester to study you can plan life along it in a different way.

For many it may seem daunting to leave the safety of Sweden and set off across the globe but Kristin never deterred by it.
- I have lived abroad and spoken English during several periods of my life so it was never a major problem. I also had another exchange student from Sweden with me who was a great support when it was needed, says Kristin.

While the adventure was part of the attraction, it was the academic challenge that mainly appealed to her.
- I wanted to get the chance to really study hard for six months. For me it was not the journey itself that attracted me but the program. I wanted to get a new perspective to my regular training. And I really think that I did too.

More confidence and drive in projects and plenty of inspiration are the main benefits of time in the U.S. says Kristin, who warmly recommend other students to step out into the world.
- It is a great experience that I really do not want undone. A tip for those who are interested is to plan well in advance and make a hearty research first, then just go – it all works out when you get there.