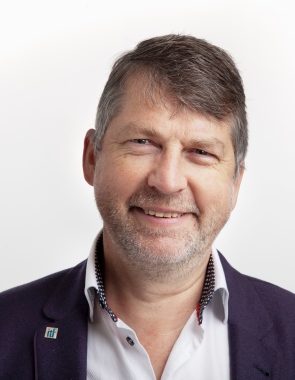 I have been the main supervisor of more than 40 students achieving the PhD degree.

I'm currently appointed to the board of Artemis, the European industry association for embedded systems. I also serve in the ECSEL SRA working group and I also a member of the ESTEP WG on Smart Production. I'm furthe at the board of the Vinnova SIP Smarter Electronics Systems.

My present research profile is focused on IoT, CPS, SoS  and SoCPS  with applications primarly to industrial automation and digitalsiation.

In this wast field the following are of particular interest to me:

I'm in addition editor in chief for the Elsevier Journal, Flow Measurement and Instrumentation and a member of the editorial board of the Sensors journal by mdpi. I'm also currently referee for a number of other research journals. Further, I have been a member of the paper and scientific committee of several International conferences. In 1998 I have, as chairman of the organizing committee, arranged the FLOMEKO'98 conference, the world leading scientific conference on flow measurement. In 2001 I was chairman of the organization committee for the Science and Cyber Community conference in Luleå Sweden. I'm also continuously being appointed external examiner for dissertations for the PhD. degree and for expert reviews regarding research and chaired professor positions in several countries (Sweden, Finland, Norway, Australia, USA). I also make expert reviews for grant application in several countries including several EU research programs.

A SOA-Based Engineering Process Model for the Life Cycle Management of System-of-Systems in Industry 4.0 (2022)

Interoperability Between ROS and OPC UA: A Local Cloud-Based Approach (2022)