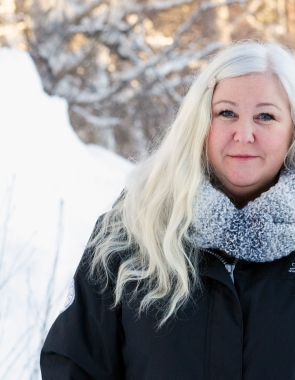 I have a broad interest in education science with a particular emhasis on Swedish didactic issues. I have been engaged in various areas of the didactics of literature in relation to media and youth culture; and also language and literature education as it relates to national curriculum. A particular interest is directed towards considering fan communities and other social media as literary venues and rooms for negotiation and re-negotiation of norms, values and identity.

I presented my doctoral thesis titled Växelspel med förhinder: Skärningspunkter i verksamhetsförlagd svensklärarutbildning. The thesis highlights the way educational institutions express themselves on the issue of work placement, in the subject Swedish.

For a couple of years I was the editor of the Swedish Teachers' Association's yearbook where the focus has been on new research relevant to school and Swedish subject.

Läser gör man! Läsning och litteratursamtal i och utanför skolan/Reading in progress! Reading and book talk in and out of school

The Mine at the Intersection of Local and Global. Depictions of Mining and their Impact on People Living in Sparsely Populated Areas

Building a Brand as a Young Competent Reader. A Literary Cycle Based on Marketing