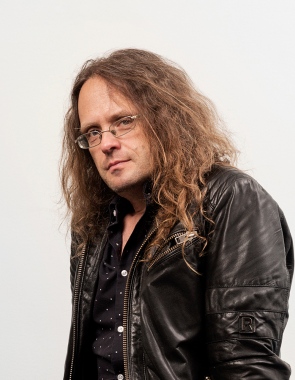 Stefan Östersjö is professor of Musical Performance and Head of subject at Luleå University of Technology. He received his doctorate in 2008 for a dissertation on inter­pretation and contemporary performance practice, and since then he has been engaged in senior research projects in Sweden (Two projects funded by the Swedish Research Council and one currently running funded by MAW), Belgium (as a Research Fellow the Orpheus Institute since 2009) and the UK (funded by the AHRC). He became a research fellow at the Orpheus Institute in 2009 and is still active there, currently in a research cluster concerned with subjectivity in musical performance, the final results of which will be published at the end of 2019, primarily in the form of two edited books. His research interests lie primarily in the development of inter-disciplinary collaboration, and the possibilities for method development and the creation of new knowledge through the interaction between musicology, music ethnology (such as in the ongoing MAW project), music psychology, music education and computational approaches, and specifically with an interest in the role of artistic research in such method development.

Östersjö is a leading classical guitarist specialising in the performance of contemporary music. As a soloist, chamber musician, sound artist, and improviser, he has released more than twenty CDs and toured Europe, the USA, and Asia. He has collaborated extensively with composers and in the creation of works involving choreography, film, video, performance art, and music theatre. Between 1995 and 2012 he was the artistic director of Ensemble Ars Nova, a leading Swedish ensemble for contemporary music. He is a founding member of the Vietnamese group The Six Tones, which since 2006 has developed into a platform for interdisciplinary intercultural collaboration. As a member of the Landscape Quartet he has developed an articulated performative practice within ecological sound art. As a soloist he has coop­erated with conductors such as Lothar Zagrosek, Peter Eötvös, Mario Venzago and Andrew Manze.

This video has been blocked due to your cookie settings.
Accept marketing cookies or watch the video on Youtube.
Published:19 January 2010
Updated: 7 November 2021
Edit page , opens in new tab/window