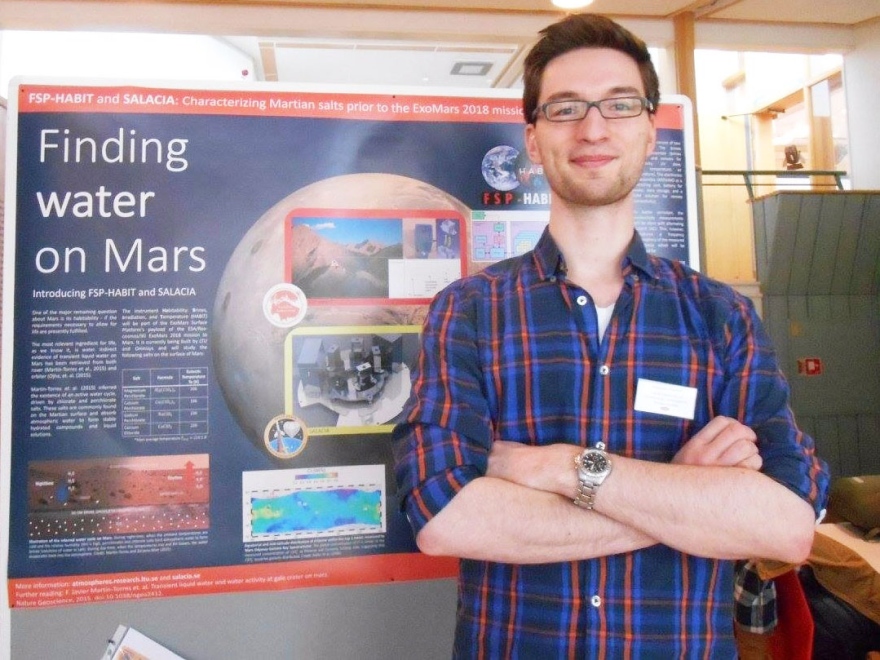 Why did you chose to study the Master program in Earth’s Atmosphere and the Solar System?

– I have been interested in both engineering and science for as long as I can remember. Of course, it didn’t start with reading papers or designing CAD models, but I enjoyed building LEGOs and spending time in nature, overturning rocks, from an early age. After finishing my Bachelor in Engineering I then originally planned to study a Master in Aerospace Engineering, thinking that switching to a more science-based program would not be possible with my engineering background. I then found out about the Earth’s Atmosphere and the Solar System program, and after realizing that I had the right prerequisites, I was hooked. The program would allow me to get a good space/atmospheric science background which I’m now using to develop scientific instrumentation, effectively combining the two aspects I enjoyed for so long.

What is it like to study at Space campus in Kiruna?

– Studying at space campus Kiruna is a bit different from studying at larger universities within Europe. We are a small campus and this brings unique advantages and disadvantages: after a short while at the campus, you will know most people by sight and you can generally approach teachers very easily. Guest lecturers from the Swedish Institute for Space Physics (IRF) and from other institutions across Europe are sometimes invited to close the gaps that the staff in Kiruna might not be able to cover which keeps things interesting. Kiruna itself isn’t very large but has beautiful surroundings to be explored with a national park being a bus ride away.

What do you want to do in the future, what are your hopes when it comes to career possibilities?

– I hope to keep working on scientific equipment and send it to remote places across our planet and the solar system. Or further, given the recent discovery of Proxima b (wink). For the immediate future, I wish to do a PhD in instrumentation building.

Why would you recommend this education to someone else?

– I would recommend this education to people that are self-driven and interested in working on projects. In Kiruna, students are encouraged to participate in external programs like REXUS/BEXUS (DRL/SNSB project for launching sounding rockets/stratospheric balloons) or do internal projects like building a mobile satellite ground station. In the lectures, you will often be asked to fulfill practical assignments that could involve climate simulations or writing reports. Students that prefer passive lectures with a final exam at the end of the semester might enjoy more traditional universities better.

While I gave my education quite a focus on engineering, it should be said that this program is also a good choice for students that are more interested to go purely into science. There is a degree of flexibility for that as you can choose a few subjects on your own at the end of the studies. The space campus also offers a good selection of possibilities for writing your thesis either at the research groups for Atmospheric Science or Onboard Space Systems or at the IRF which is specialized in space/plasma physics and boosts an impressing array of past and ongoing space instruments (e.g. on Rosetta and JUICE). You can also choose to write off-campus (many of my friends did that) and will find help to do so from our lecturers and the staff at Luleå University of Technology if needed. 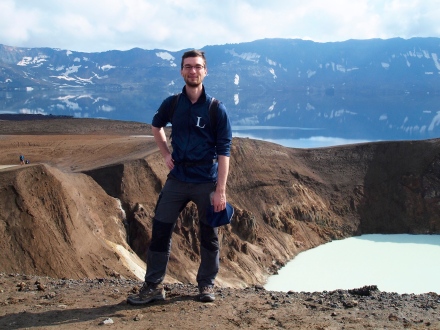 Johannes Güttler when on Iceland to test the prototype og HABIT in volcanic regions.

You are involved in the HABIT project, the instrument being sent to Mars in 2020. How has that experience been?

– Working on HABIT has been both a nerve-racking and humbling as well as an inspiring and encouraging experience. My goal was to build a prototype of HABIT that would be used during field-site campaigns and as a demonstrator. It consists of an environmental sensor package, ENVPACK, and the Brines Transition To Liquid Experiment, BOTTLE. For ENVPACK, I was able to mostly use commercial sensors but for BOTTLE I designed an alternating-current conductivity meter from the ground. On Mars, salts in the surface can bind atmospheric water to themselves and keep the surface in a moist state much longer than otherwise possible. BOTTLE contains a selection of those salts and registers the amount of water currently bound to them. I was extremely lucky to join a team of researchers on a trip to Iceland to test the prototype in volcanic regions. The last 2 weeks before the trip turned out to be a pretty intense crunch with 12-hour work days and even spending two nights at the university. In the end, it was worth the effort and the principle of measuring conductivity at 3 different heights was validated and environmental data recorded. Needless to say, I can’t wait to see HABIT fly to Mars in 2020!