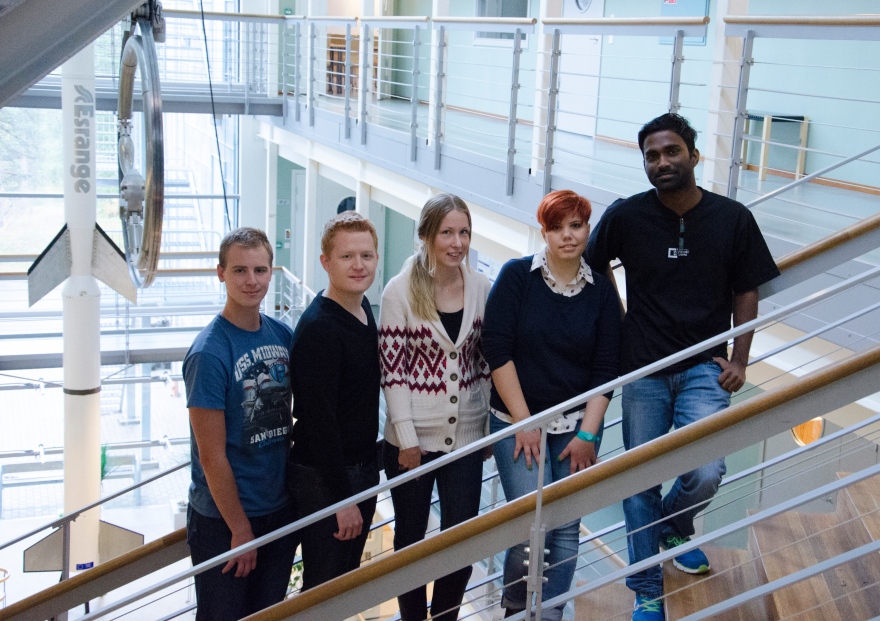 Martin Strömgren, Richard Ottemark, Elizabeth Wejmo, Kinga Albert and Satish Jayakumar is 5 out of 13 students at Luleå University of Technology as part of the project MADS, which focuses on spacecraft. Photo Anna Thurfjell

- We have a close collaboration with the French rocket development team that visited Kiruna October 9. During the visit we discussed, among other things, how we will install our system in the rocket and how it connects to their electronic systems and how we will communicate with the rocket, says Kinga Albert  LTU, leader of students' project. 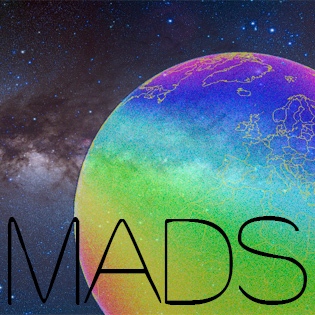 MADS (Magnetic Attitude Determination System) is the project name whose purpose is to be able to determine Spacecraft orientation / attitude based on the Earth's magnetic field. This in turn is necessary where large distances eg from a satellite to the earth that can be from hundreds to hundreds of thousands of kilometers. Different activities of a craft in space requires different accurate adjustment of vehicle orientation / attitude. A camera mounted on a satellite, for example, that would take a picture that covers hundreds of square kilometers of land, requires less precision in setting than a camera that will dot an area of ​​just one square kilometer. Another example is a satellite that from Mars is going to send signals to the earth and where direction   precision is important so that the signals can be seen clearly on earth with as little disruption as possible.

13 students at Luleå University of Technology participates in the project MADS. They are from Sweden, Brazil, China, India and Romania and studies within courses of Master Spacecraft Design, Master of Space Technology and Erasmus Mundus Space Master. The complex challenge that students have in the project is to find a solution with the help of a cheap, small and light magnetometer that can measure the orientation / attitude. Using the earth's magnetic field it can be read and compared with a model of the Earth's magnetic field.

- This means that our system can be used on most satellites that have an orbit around the Earth, says Kinga Albert.

But there is a certain limitation in accuracy due to that the magnetic field is not stable she notes. This means that the students' systems can handle a little smaller satellites, which in turn can serve as a back up system for large satellites if their main system fails. LTU students system should in the first half of 2014, be tested during a balloon ride and partly during a rocket launch, both from Esrange Space Center in Kiruna.