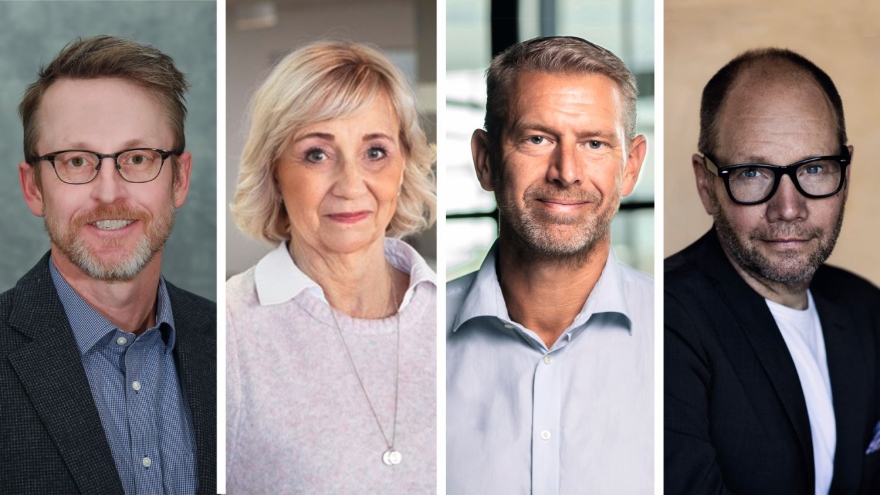 The author and historian Peter Englund, born in Boden in northern Sweden, is appointed Honorary Doctor of Technology “for his contributions as an historian with an extensive production of popular-historical literature that combines historical-scientific stringency and an absorbing narrative in an unparalleled way”.

“I was born and raised in the region of Norrbotten in northern Sweden and am blissfully shaped by this – in both large and small ways. And I still say that I will go “home” when I am travelling north, to family and old friends. So how can I be anything but happy and immensely proud to be appointed honorary doctor at Luleå University of Technology?” Peter Englund says.

Peter Carlsson, CEO and co-founder of Northvolt, holds a degree of Master of Science in Business and Economics at Luleå University of Technology, and has earlier received the Alumnus of the Year award at his home university. He is now appointed Honorary Doctor of Technology and Philosophy on the grounds that he “with his entrepreneurial courage and leadership is a pioneer in the green industrialisation in northern Sweden.”

“I am very honoured to receive this award from Luleå University of Technology, a higher education institution that has shaped me as a person and also provided me with a springboard for my career around the world", Peter Carlsson says.

Lisbeth Löpare-Johansson, national coordinator of local health care at the Swedish Association of Local Authorities and Regions, is appointed Honorary Doctor of Philosophy on the grounds that she “for many years has worked for available and equal health care and for the introduction of new working methods within the field of nursing and health care."

“Person-centredness contributes to making better use of the people’s abilities, both in the individual meeting and in the development of nursing and health care. Therefore, I am happy and grateful for this award which so clearly highlights both person-centredness and the work on developing new ways of working within the field of nursing and health care. The award gives me the energy to continue to contribute to broad knowledge of the development of complex systems and the importance of a leadership characterised by trust and collaboration", Lisbeth Löpare-Johansson says.

Professor Christopher Weible is appointed Honorary Doctor of Philosophy at Luleå University of Technology, Sweden. He is a professor at the University of Colorado Denver School of Public Affairs and is a world-leading researcher within the interdisciplinary research field of policy process theories and methods. “Through his extensive research publication and his ambition to build strong networks with both young and established researchers around the world, he has played an important role in the development, diversification and specialisation of the field.”

The title of honorary doctors will be conferred upon Peter Englund, Peter Carlsson, Lisbeth Löpare-Johansson and Christopher Weible at the Academic ceremony at Luleå University of Technology, in November 2022. Complete motivations of the appointments of the new Honorary Doctors, see below.