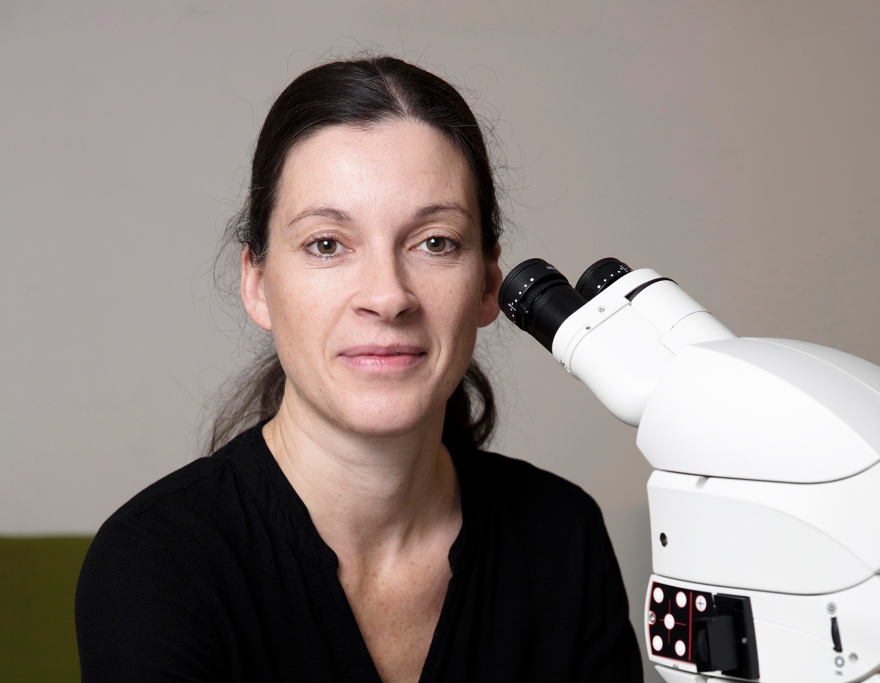 – It feels exciting and great to have been appointed Head of subject. It is also strategically important for Luleå University of Technology to have a Head of subject in ore geology, just because it is a nationwide position, Christina Wanhainen, says.

Ore Geology, is a historically very important research topic for Sweden, which is a country with a long tradition of exploration and mining. The topic has recently become increasingly important as a result of the climate goals and the green shift. Ore geology describes the geological conditions that enable us to obtain economic concentrations of minerals in our bedrock, and how minerals can be used for sustainable social development. Christina Wanhainen believes, that the lack of knowledge in society about where metals and minerals come from has become more obvious and the spread of knowledge about the subject is therefore increasingly important. Right now, this traditional research topic is addressing issues that are about how, where and in what way to mine so-called green metals, such as lithium, nickel, cobalt and graphite. These are metals that society depends on to be able to produce green, fossil-free electricity, solar cells, wind turbines and car batteries. Today, Sweden and the EU import a large part of these metals from countries, where mining is environmentally hazardous and the work environment is risky. All these metals can be found in the Swedish bedrock.

– In Sweden, we have limited experience in mining such metals, but we know that they exist in the Swedish bedrock. The loaded debate is about whether to mine these metals "at home" or import them from, for example, China and Congo. The social acceptance of mines is very low in Sweden, and in the world right now, Christina Wanhainen, says.

Recovers green metals from mine waste

Her research group at Luleå University of Technology is also working on identifying possible future by-products from mines, a kind of mine waste recycling. The group has built up a laboratory where researchers can, using microscopy and laser technology, map, analyze and quantify trace metals contained in the ore and its residual products, so that other researchers can develop processes that allow, for example, green metals to be extracted from the residual products.

Study everything from entire ore districts to the smallest gold grain

There is also much else going on in the field of ore geology right now, with a rapid technological development to collect and visualize ore geological data, from regional scale down to nano scale. Specially equipped drones, X-ray tomography and synchrotron technology are relatively new aids in the subject. With the help of these, Christina Wanhainen's research group can study the earth's crust in large, that is, entire ore districts, but also the surface of, for example, a single gold grain to understand its formation and behavior upon enrichment. Developments are also fast moving towards the use of the innovation-critical metals, such as the rare earth metals needed for technology development and future innovations, for mobile phones, computer chips, LCDs and catalysts. If society is to be able to supply these metals, the researchers need to work out new exploration and characterization methods.

– As a Head of subject, I want to make sure that my group is at the forefront of this development, that Luleå University of Technology remains an obvious partner in research projects concerning the mining industry's future advanced solutions. I have also worked actively to get a good distribution of men and women in my research group and we are now 55 percent men and 45 percent women. There is no doubt that an even gender distribution in a group, creates a better team, the discussions and the views become more nuanced, Christina Wanhainen, says.

The interest in ore geology, for Christina Wanhainen, is about the fundamentals of the subject. To understand ore-forming processes, for example, one should study active volcanoes and see how rocks are formed and altered in real time. Much knowledge in ore geology is still being obtained from field studies around the world

– The subject is adventurous and a bit like a treasure hunt, that is, very easy to get caught up in. Geology, after all, means the study of Earth, which is a huge area to explore. There is never a shortage of ideas about what to explore and I have always had a close and good working relationship with the mining and exploration companies in the region, Christina Wanhainen, says.